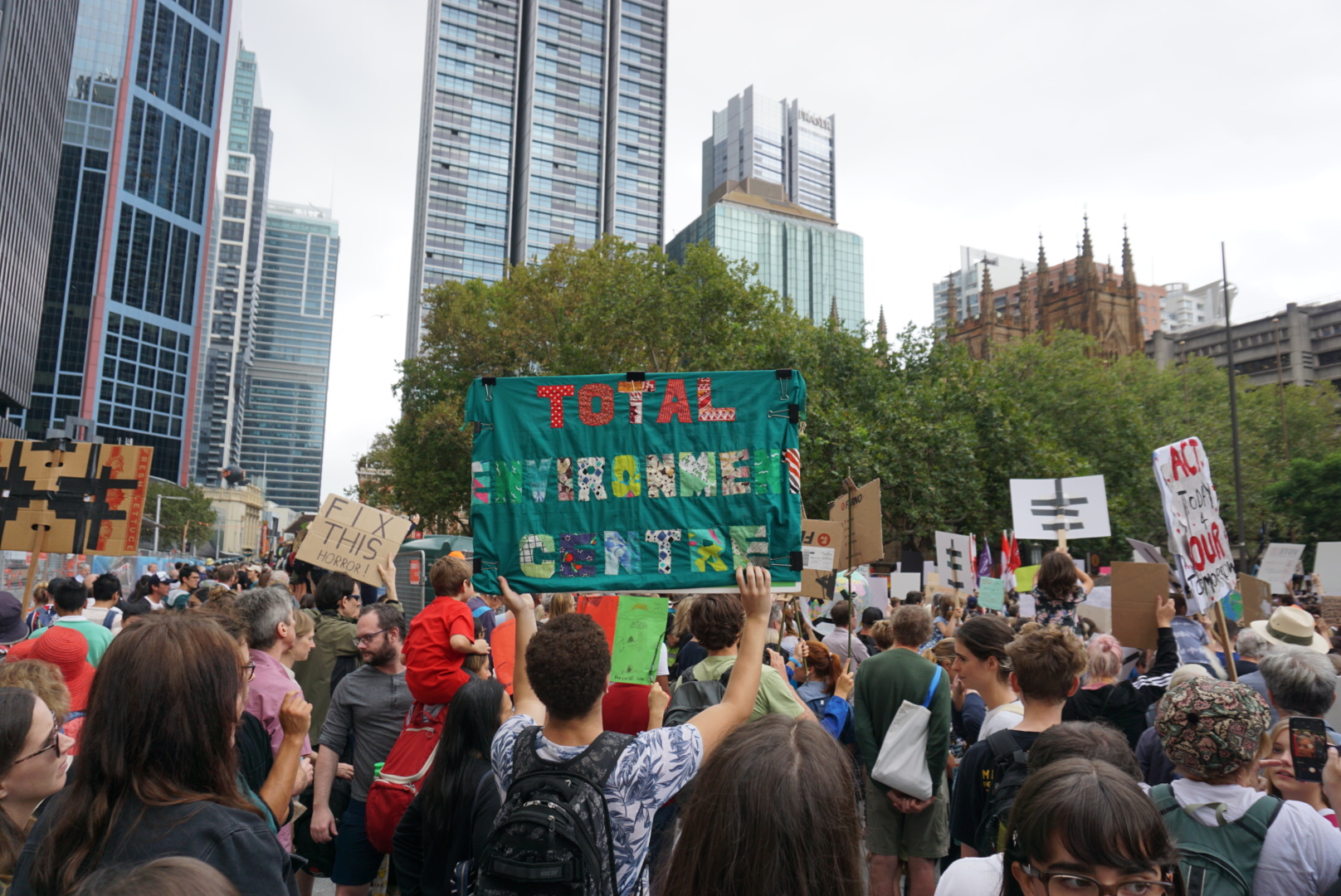 I, Max Timken, am an American intern who will be studying Environmental Sciences and Management at Humboldt State University next school year. My fellow intern, Trew Oliver and I took action, on behalf of the Total Environment Centre for the School Strike 4 Climate protest, intrigued by the outcome of attendees. When we arrived at Town Hall Square just around noon on Friday, March 15th, the whole block was packed with students and people from shoulder to shoulder. With the new elections around the corner, it came to no surprise to see a huge crowd of Primary, High School and University students taking the streets to demand environmental advocacy immediately, considering how slow Australia has been to implement policy. What was surprising, however, was the level of passion the students and the additional protesters conveyed, which was expressed in both their powerful chants as well as their creative, thought provoking and provocative posters (some stating 'Respect Existence or Expect Resistance', 'System Change Not Climate Change' and 'Your Actions = Our Burdens' to list a few). The students saw the School Strike 4 Climate much more than a day off from school. Their extent of concern and outrage towards politicians was greatly complement by the compassion for the wellbeing of planet earth and its future inhabitants. As stated on the School Strike 4 Climate Australia website, in Australia roughly 150,000 individuals from 65 different locations took part in the School Strike 4 Climate and in Sydney alone, several thousand students left school and took to the streets to protest for climate action. All these factors demonstrate that strong environmental advocacy can spark change of environmental policy for Australians.

The environmental issues that were alluded in the Climate protest included: