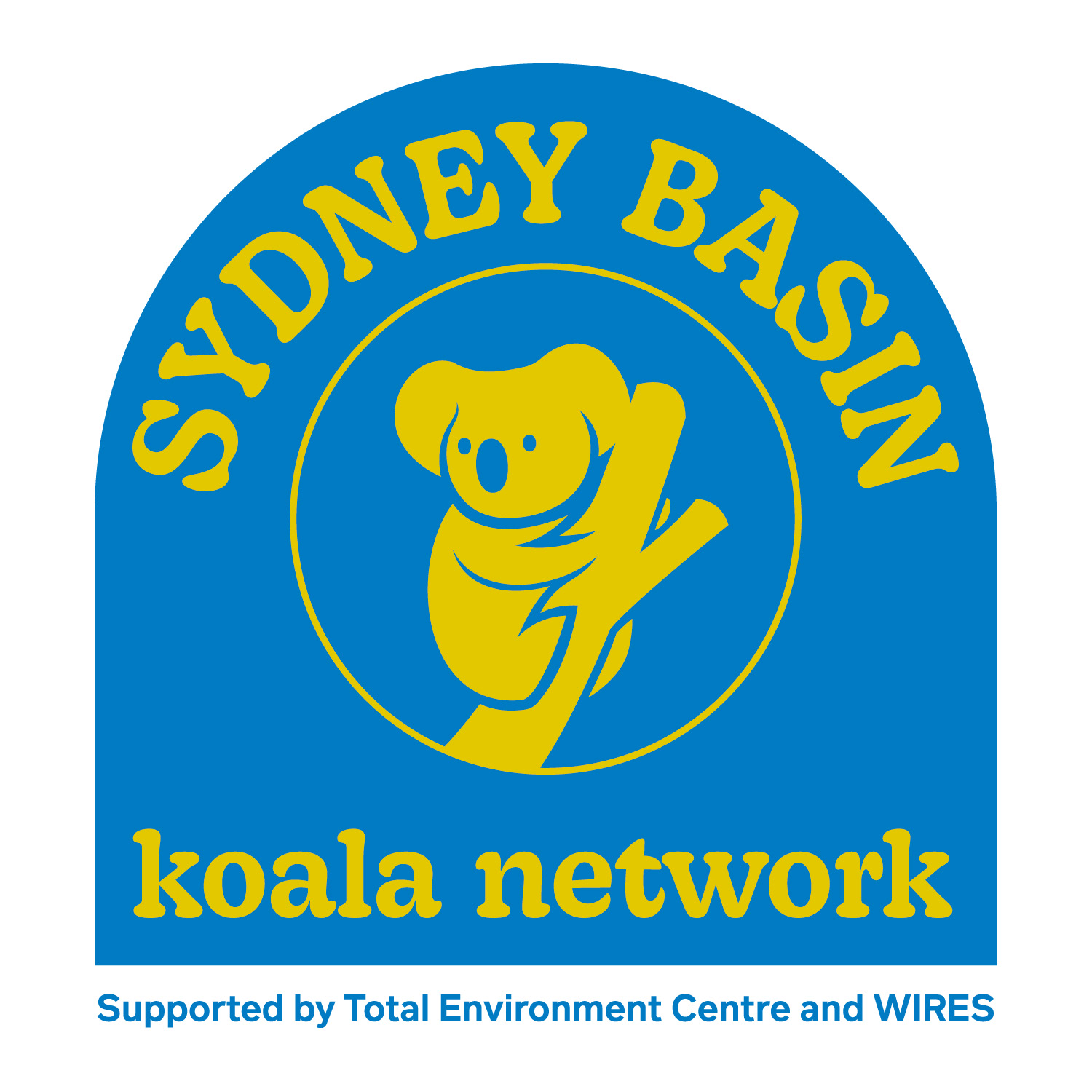 Koalas were declared an endangered species by the NSW Government on May 20, 2022. The Sydney Basin Koala Network aims to protect and expand Koala populations in the Sydney Basin Bioregion; Ulladulla to Nelson Bay, inland to Mudgee.

The Sydney Basin Koala Network (SBKN) has been established by Total Environment Centre, partnering with 3 year funding from WIRES, to:

To mark the launch in November 2022, a YouGov study of 1000+ metro and regional NSW residents confirmed awareness of koalas living near our towns and cities is critically low. With less than a third of residents (31%) aware that koalas live in neighbouring bushland in close proximity to busy residential areas in the Sydney Basin - from Mudgee to Nelson Bay to Ulladulla. However, concern for their protection is high for the majority (84%) who believe koala habitat should be more strongly protected from economic activities such as urban development, mining and logging.