Something Cool To Hoot About 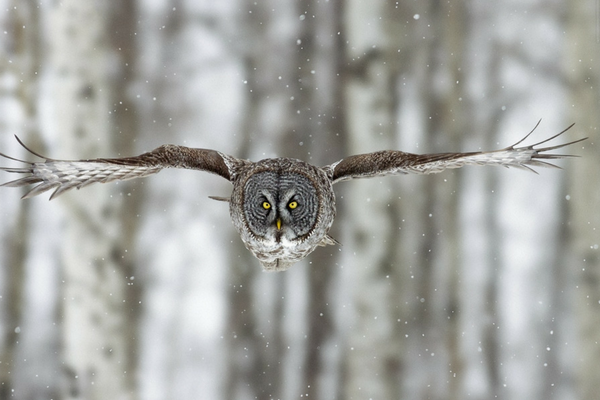 TEC's weekly green news round up is broadcast on 89.7fm every Monday between 4-6pm. In this blog we look at the fate of a pair of nesting powerful owls threatened by development in Spring Gully, and Hugh Saddler explains what the hell pumped hydro storage means to our energy mix.

While talk of the energy revolution sweeping the globe filled our minds, we cooled our ears this week with the sound of freedom – a pair of hooting powerful owls brought to us by some lovely bush lovers from down Bundeena way.

We needed the cool hoots of owls after an intensive session of energy analysis with consultant, academic and author Hugh Saddler who explained why Australia’s politicians are failing us with their “rancorous and largely fact free” ideological bickering, “which has been a problem for nearly ten years.”

“There has been no investment in new generation through the mechanisms that were set up when the current market was created,” said Hugh. Instead, the most disruptive and significant investment has come from millions of consumers adopting roof top solar. With all the new technology coming online, from solar battery to wind and hydro pumped storage, the reform of our energy system is taking place in the space where policy should be shaping the landscape, but isn’t.

“Basically it’s rather disorderly and not fast enough to bring down our greenhouse emissions,” said Hugh. He agreed with the latest research released by scientists at ANU this week which suggests that Australia could actually achieve a 100 per cent renewable energy network that is affordable, secure and ‘off the shelf’ by 2040. We just need to plan for it. This is why, the current debate our politicians are indulging in is so disappointing –  “Many of them don’t understand basic economic principles,” said Hugh.

A lot of the innovation freeing up renewables is based around storage, and Hugh explained how hydro pumped storage, which has far greater capacity than solar battery storage, actually works. It’s quite fascinating and has already made an impact. NSW was basically saved from blackouts during the recent heatwave by the smoothing out of supply effected by hydro pumped storage. Never heard of it? Listen to Hugh explain it here.

Here’s a good explanation of how the Renewable Energy Target works in the marketplace.

We broke up the emissions intensity with these shimmering tracks from Austra, Warpaint and Holly Throsby from their latest albums. Then we moved through some news.

Have you heard that the medals at the 2020 Tokyo Olympics will be forged from gold, silver and bronze recycled from mobile phones and small household appliances donated by the general public? The games organising committee is expecting to harvest 8 tonnes of metal from Japanese consumers. If you have any e-waste, keep in mind that the earth metals used in mobile phones and other electronics are actually mined in war torn countries such as the Congo, and often involve child labour. Here’s a video that explains the situation. Why not take your small share of the 140,000 tonnes of electronic waste Australians generate every year to the City of Sydney e-waste drop off day on March 11, between 9am and 3pm at Sydney park Depot, Barwon Park Road, St Peters, NSW 2044. That box of old computers, televisions, phones, hair dryers, circuit boards and mouses, is also full of toxic chemicals as well as precious metals that could be re-used. Don’t worry about ancient data trails. It is guaranteed to be obliterated by CoS’s contractor, Sims Recycling Solutions .

In the good news part of the show we shared Bill Shorten’s just announced commitment to tackling climate change with a Labor Emissions Intensity Scheme designed to assist the transition to renewable energy. “Energy and climate policy must be integrated”, Shorten said this week. Good to hear, Bill. Labor predicts its policy will free up $48 million in private sector investment and create tens of thousands of jobs. We’ll need them. It is yet to be enforced but The Fair Work Commission announced Sunday penalty rates paid in retail, fast food, hospitality and pharmacy industries will be reduced from the existing levels, which, in some cases, are as much as “double time”, effective from July. Students, single mothers. and low income families will bear the brunt of the changes.

We also learned from Powerful Owl Project Officer Beth Nott that she is boosting her citizen science research project with information sessions over the next few months. She told us a lot about the owls’ nesting habits while Mark De Silva from the Spring Gully Protection Group at Sutherland Shire Environment Centre also shared some amazing insights into the hanging swamps, sand dunes and diverse habitats which this wonderful bit of bushland offers to various rare creatures like the Pygmy Possum and Scarlet Crowned Toadlet.

The only other place in Sydney these native species are found is over in Manly Vale where locals are also fighting development which will destroy them. You can support Spring Gully defenders here. Spring Gully will also appear on the Total Environment Centre’s new interactive battle map which charts 70 areas across Sydney where community groups are fighting to protect threatened bushland, trees and parks.

That’s a wrap for this week. Tune in every Monday between 4-6pm for more exciting, stimulating, essential news from across the green frontier.