The destruction of newcastle

Mike Baird is presenting the relocation of the V8 Supercars to the Newcastle as a “done deal”. TEC is saying it will destroy one of Newcastle's most beautiful parklands.

Super car drivers may be excited about the new circuit for V8 racing which will host the championships’ annual finale for the next five years from November 2017, but it will obliterate the CBD and some of Newcastle’s best landmarks, including Nobbys Beach and Fort Scratchley. The track will run uphill, along the foreshore, and back through the parkland. 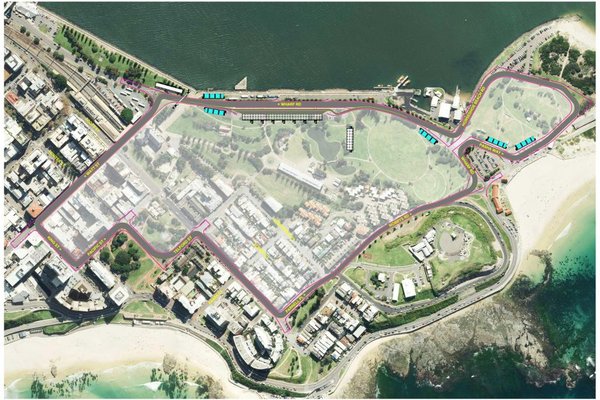 “There’ll be lots of noise and lots of activity,” says Ford driver MARK Winterbottom. “It will be huge… you’ll see accidents, you’ll see guys taking risks. This will really showcase the sport.”

NSW Premier Mike Baird, who is certainly living up to his nickname, “Chainsaw Mike”, says the event will boost the local economy by $57 million.

"There are benefits for local businesses, in suppliers. There's a huge opportunity to generate that economic activity, so that's a great thing," he said.

But it’s not a great thing for those who would prefer to enjoy the Newcastle beachfront and parkland, an amenity that surely makes it one of the most uniquely placed central business districts in the world. Or for local residents who will have to put up with traffic, crowds, noise and the destruction of their neighbourhood.

The news shows that Baird’s relentless “vision” for purely profit-motivated development, is progressing with no long-term appreciation of the cost to community, public amenity, or environmental consequence, across NSW.

“The Premier promises community consultation,” says TEC’s Natural Areas campaigner Dave Burgess, a long time Novocastrian, “but the timing shows that decisions closing out the community have already been made. It looks like Baird is going to ruin some of Newcastle's most beautiful parkland in order to “showcase” it."