Jeff Angel pays tribute to one of TEC's founding members, Bob Walshe, who passed away last week. "Bob was absolutely dedicated to Australia's natural wonders, and a huge supporter of all our work for over 40 years..."

One of our founding members, Bob Walshe, who joined with Milo Dunphy and several others in establishing the Total Environment Centre in 1972, passed away last Tuesday at the age of 94 after a fall.  He died in hospital while listening peacefully to a reading from The Man From Snowy River.

A quiet man with a warm personality and enormous energy, Mr Walshe, who lived at Jannali, had been a teacher. A prolific writer, he continued with his advocacy even as his health deteriorated in recent years.

He is the only person to have received the Sutherland Shire Citizen of the Year award twice – in 1995 for his work on the environment and in 2001 for his writing and support for people staying healthy in mind, body and spirit as they age. 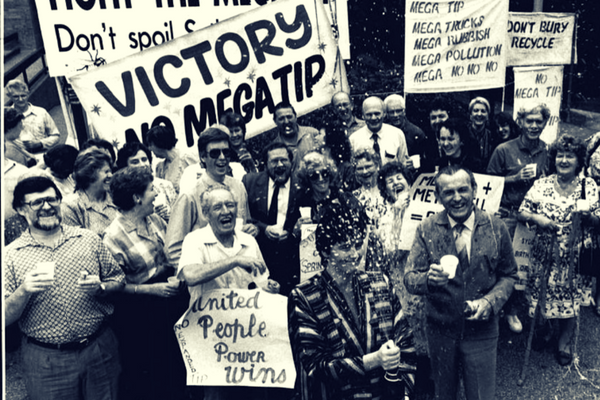 He was the foundation chair of Sutherland Shire Environment Centre in 1991, holding the position for 10 years. He was just as eager to help school students who contacted the centre looking for help with an assignment as he was to lead protest marches.

Mr Walshe was at the forefront in many big battles, including the protection of Towra Point from a proposed airport, nuclear waste at Lucas Heights and the “mega tip” campaign in the 1990s, sandmining, the desalination plant and overdevelopment.

In recent years, he was a leader of the First National Park movement, campaigning for World Heritage listing of Royal National Park.

Executive officer and former chair of the Sutherland Shire Environment Centre Jenni Gormley said, “We are all a bit shell shocked”.

“Bob was such an icon in Sutherland Shire – it’s hard to imagine the shire without him,” she said. “He was involved in so many things and made a contribution in many ways.”

Said Jeff Angel, "We have lost one of those who inspired the creation of TEC and set us on a path to implement their ideals; and continued as one our most stalwart supporters. As many who worked with him must be, I feel this loss deeply. Bob's legacy will live on, however, in the work we do. Vale Bob Walshe."

You can watch Bob talking about his great love of the Australian bush and environment advocacy here. 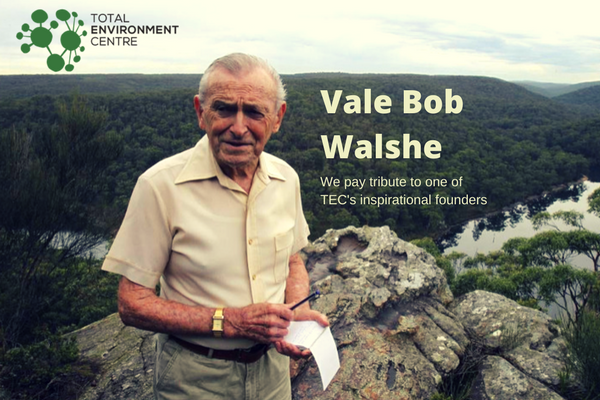