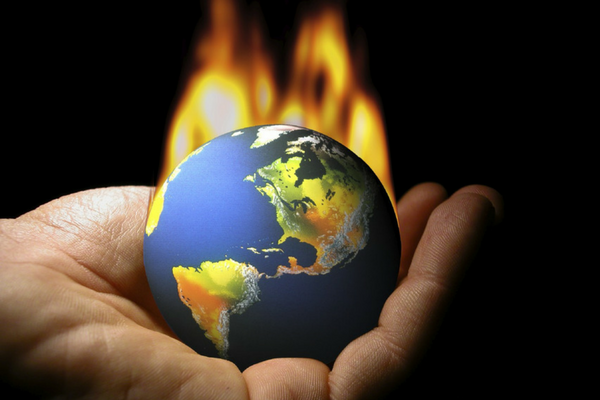 What a week! People were frying eggs on car bonnets in the Central Desert, flying foxes fell cooked to death mid-air in Singleton, Casino and Richmond, a firestorm destroyed homes and livestock near Dunnydoo and Uarby, and the state was only saved from rolling blackouts by wind and solar energy in the mix. NSW was officially the hottest place on the planet over the weekend.

Traditional custodians would say that during Burrun season in NSW, fires should not be lit anywhere near bushland, and camping near creeks and riverbeds is not recommended with violent storms and heavy rain likely. Pity Sydney is built on a series of creeks and riverbeds which is why flash floods across city streets led to traffic mayhem and late buses on the days when we weren't being heavily baked. Elders also recommend people avoid eating a lot of meat in this weather and steer clear of male kangaroos which become extremely aggressive from January through to March. You've been warned. And warmed.

Compounding the effects of the mind muddling heatwave, mixed messages from our Prime Minister have continued to confuse everyone. Two years ago former innovation champion Malcom Turnbull visited the TESLA factory in California and found it "exhilarating". This week, as the Turnbull Government ramped up its propaganda war against renewable energy, Professor Clive Hamilton resigned from the Climate Change Authority saying the government's recent embrace of coal-fired power is perverse, and shows it has "abandoned all pretence of taking global warming seriously".

Ironically, it's been revealed Malcom has solar panels on his harbourside mansion in Potts Point, and also installed a home battery (the rapidly evolving technology which allows homes and businesses to store renewable energy for later use) last year. No blackouts for the PM. (For more info about batteries and you, check out Total Environment Centre). Whether it's a Tesla Powerwall or a locally made Redflow, we don't know, but it's very odd to hear Turnbull insist that "Labor's ideological approach to renewable energy" is responsible for the blackouts in Adelaide last year. In the Sydney Morning Herald Mark Kenny revealed that the Turnbull government ignored confidential public service advice stating that South Australia's high renewable energy target was NOT the cause of those spectacular blackouts. They were caused by storm damage to the network. Who knew? Apparently Malcom did...

In fact AGL Energy has announced it too sees the future in renewable energy. AGL wants to invest in large scale battery installations as a potential alternative to new gas peaking plants.  The energy market is not the only slice of the Australian business sector crying out for some science based consistency from our leaders.

It's now reached the point where the coalition seems to have capitulated entirely to the coal industry, even though it's dated, expensive and experiencing an escalating flight of investment.

So who is running this country? Our highly trained internationally acclaimed scientific community must wish they were. The ABC reported that Australian climate scientists are "sad and frustrated" by the people in Canberra who don't think in scientific terms, don't want to accept the basic laws of nature, or have some vested interest. "You can explain to them as long as you like but if they don't wish to understand, they won't," said Dr Andrew Glikson, from the Australian National University's School of Archaeology and Anthropology. He is one of more than 150 scientists who last year wrote to Prime Minister Malcolm Turnbull demanding more action be taken to ease greenhouse gas emissions.

All of which seems to suggest we need more public green spaces and trees, not less, which is why Ken Boundy, the Chairman at Royal Botanic Gardens and Domain Trust, will be on the show next week Monday February 20th.

Speaking of cool heads, we also had a chat to both Lance Leiber from Transition Bondi (about the move to the Margaret Whitlam Centre in Waverley Park for their monthly Film and Feast nights, and new permaculture workshops beginning in March) and Malcolm Fisher over in Manly Vale who is fighting to save rare bushland along the ridge at Manly Warringah War Memorial Park.

Written off as "green fringe lunatics",  the Manly Vale community is pushing back with a renewed request for Education Minister Rod Stokes to reconsider the demolition of a threatened species habitat the size of six football fields, to accomodate the expansion of the local Public School. Alternative plans have been presented to the Minister, and locals are devastated that both their submissions, and a last-ditch attempt by the Northern Beaches Council to stop the development have failed.

The new school buildings will spell the death of an entire ecological community, including at least 4 endangered native species, the adorable Eastern Pygmy Possom being one of them. "The community is still endeavouring to arrange a meeting with Rob Stokes," Mal told us. "A win win outcome could be achieved if he would listen to reason and simply realign proposed new buildings so that their impact would be less environmentally destructive." You can lend your support here.

And finally a word on the ocean - although it was reported that over 650 whales beached themselves at Farewell Spit on the New Zealand coast "for no reason", it's just that human's don't know what it was. Sonar is a highly sophisticated way of "seeing" or scoping the environment, but it's still open to either being hacked by interference, which humans are producing with ever increasing amounts of underwater junk noise caused by shipping and military exercises, or distorted by other phenomenon.NASA is even investigating whether solar storms could be messing with whales’ navigation. And  geography could certainly be a factor, considering several known stranding black spots share characteristics. At Farewell Spit the tide comes in for up to 5 kilometres, forming a trap for whales who become disoriented in shallow water. Like elephants they form intense social bonds and won't abandon a sick family member. Hundreds of volunteers formed a human chain in the water to stop more whales beaching, and the matriarch was sent back out to sea, but at least 400 whales died. Facing an increasingly dangerous marine environment these highly intelligent sentient creatures must negotiate huge factory fishing trawlers, vast gyres of plastic waste, toxic chemicals, oil spills, accelerating sonic military activity, and increasingly hot acidic oceans around the globe, so the loss of this pod was a grave loss for the entire ecosystem.

So that is it for our environment news round up this week. Wrap your ears around us online or join us next week between 4-6pm on the illustrious 89.7fm - the heartbeat of our community.