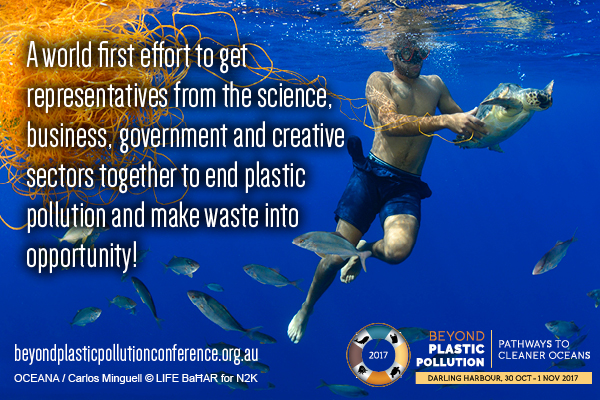 The situation is urgent

Plastic has now become so embedded in the DNA of how we live, infiltrating every aspect of our economy, our environment, food and even our bodies, that we have reached a global tipping point. The planet cannot keep ingesting this tremendously versatile yet completely non biodegradable substance, any more than our economies can afford to keep wasting it. For all its virtues, the unforeseen and destructive impacts of plastic are beginning to demand an urgent response.

The direct relationship between “the challenge of marine litter, environment, human health, economic development, social well-being, biodiversity and food security” has even been recognised by the G20 group of nations, as recently as the Hamburg Summit in Germany this year.

The science is in

Each week a new scientific report finds plastic has polluted our water, air, sea salt, and even beer. In just the last few days, the University of Newcastle has announced it will test for plastic pollution in the region’s drinking water supply.

Dr Thava Palanisami, a senior research fellow at the university, went so far as to describe this type of pollution as “an environmental catastrophe that’s under-recognised”.

“Plastic itself is a contaminant and has the potential to attract other contaminants,” Dr Palanisami said.

“About 78 per cent of chemicals associated with microplastics are priority toxic chemicals – some of them are carcinogenic.”

If combined with other contaminants like PFOS and PFOA [of the Williamtown army base scandal], pesticides, flame retardants, bacteria and heavy metals, the result, he said, would amount to “a cocktail of contaminants” which would “act like a poison pill” if ingested.

Most of the contamination working into the human food chain comes from microfibres and single-use plastics such as water bottles – items that comprise the majority of plastic waste. Whether it’s breaking into large or microscopic pieces, all of this plastic will stick around for for hundreds of years to come.

It’s easy to forget, as we become more and more dependant on its multiple uses, that plastic is almost the only substance on earth that doesn’t biodegrade. You can’t turn it into anything else without a lot of smart technology, and left to disintegrate in the wild it travels into previously inaccessible places, with as yet unknown implications. Each year that we don’t capture and recycle it, trillions of pieces collect in the ocean column and sediment.

Quite apart from this unfolding environmental disaster, is the looming financial burden to our economies. To our detriment, making new plastic has become less expensive than recycling, as recycling systems buckle under the labour intensive costs of sorting and cleaning all the plastic that can’t be recycled which get mixed up with the things that should be, often by well-meaning consumers. Plastic debris is not only a wasted resource, but a waste of production time and energy.

Clearly something has to be done. Finding ways to provide goods to our economy, change individual and business consumer behaviour, organise public events and food outlets, and push for hard-edged government action – are all on the table.

On a bright note, the spread of 10c drink container refunds across Australia is changing waste flows and recycling arrangements.

It is bringing the circular economy to life as it sets up a comprehensive collection system of single use containers, keeping them clean and attracting higher value in the materials market.

New redemption sites will be springing up across our suburbs, including at supermarkets. A new logistics chain will appear. Homes and apartments will change their waste disposal behaviour and in-house facilities.

There’s a big push to reduce our plastic footprint by rejecting single use take-away items like plastic bags, coffee cups and food-ware.

The War on Waste wins again

The general public is responding. After the ABC’s War On Waste exposed the amount of disposable coffee cups used every day in Australia, sales of reusable cups skyrocketed.

Plastic on the way to being banned

Takeaway plastic is a key target because it is almost impossible to construct a collection system that captures most of it for recycling. Hence local councils are banning it at festivals and even from cafes and restaurants.

These moves are part of the recipe for greener healthier cities. Less litter and more recycling will create new sustainable industries as business meets the creative challenge.

And many less plastic bags swallowed by turtles, and fewer microplastics clogging the guts of migratory birds and cetaceans will allow our vital ecosystems to heal.

The last thing we need is for this increasingly urgent issue to descend into a climate science or tobacco type debate.

Waste is an opportunity, but only if we take it!