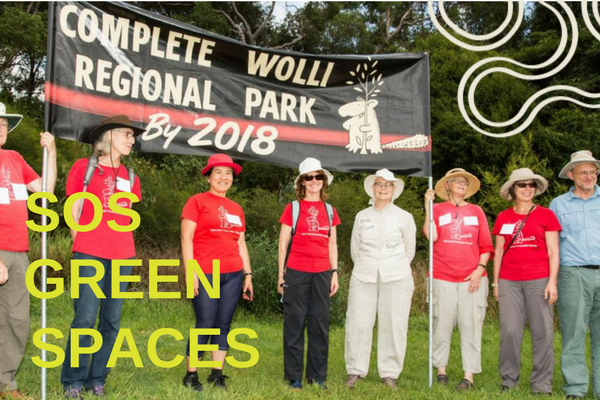 The good folk of the Wolli Creek Preservation Society have hit back with a win for Earlwood after deep mourning for beautiful Beverly Grove bushland that was flattened for a WestConnex carpark last year.

Locals have saved 1500 mature trees and two hectares of high-priority bushland from WestConnex! The parcel of land in Earlwood, part of the Wolli Creek Regional Park, has been relinquished from Roads and Maritime Services to National Parks and Wildlife Service management.

We believe vociferous highly organised and dogged community protest has played a significant role in the late save of this priceless habitat and recreation area.

Twenty-four years ago the society proposed a regional park to protect the Wolli Creek bushland, and the goal remains. The society’s Peter Stevens said the organisation now has a fresh campaign – to complete the park by 2018.

The Earlwood bushland will stand out as an inspiration to other community groups around Sydney and NSW on TEC's new SOS Green Spaces battle map which will launch next week on our website campaign page. The map covers 70 threatened areas of bushland in the metropolitan area and has taken over twelve months of consultation and research to produce.