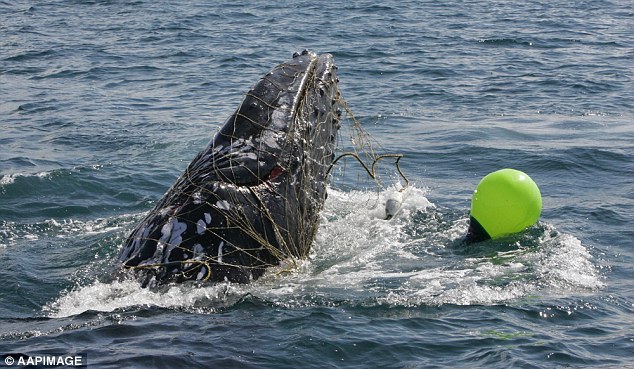 Monday Drive - TEC's environment program airs every Monday from 4-6pm on 89.7fm. This week we talk shark nets, the eco-collapse that produced the current war in Syria, and what's happening with wind power since Tony Abbott and Joe Hockey stopped publicly denouncing it.

John Hurt died last week, but that only made 1984 seem all the closer as the first 7 days of the tumultuous Trump Presidency ended with thousands protesting at airports around the United States, American scientists planning to March en masse on Washington DC, and calls for the President to be impeached or something, gathering momentum.

Meanwhile in Australia, what were we most worried about? Sharks, right?  There are hundreds of these deadly killers massing along our coastlines, taking dozens of innocent lives every day. Fact or "alternative fact"?

"The human jawbone is now the most destructive implement on the planet" according to Julian Cribb, author of Surviving the 21st Century. "But few people realise it because of long industrial food chains that hide the damage...”

In fact, you have more to worry about from environment stress than sharks. Poor water management and the impacts of climate change on crops have been cited as the major cause of the chaos which has engulfed Syria in the past ten years. As bankrupt farmers poured into urban areas, the need to import basic staples such as wheat and rice grew tenfold, and the ruling regime failed to address increasing social unrest. The result has been the biggest exodus of refugees, 3 million, the world has seen since WW2. Yet the message Trump seems to have missed is this - preserve your resources or perish. The key to social harmony appears to be as basic as food, water and trees, not the current fad for banning immigrants or religious beliefs. Read more here.

So starting with sharks, we asked Jordan Sosnowski from Australia For Dolphins to come on Monday Drive and talk some sense about the data. She noted there is no scientific analysis behind the claims that shark nets save lives.  Whose lives?  Have a listen via the 89.7fm program page to the interview on January 23rd.

We also discovered the animal most likely to kill hapless Australians. Horses killed 71 more people than sharks (responsible for 16 deaths) between 2000-2010 . Killer cows, kangaroos, bees, snakes and mosquitoes all pose more of a threat to humans than anything else, except cars (which no one talks about banning).

The shark nets however slowly suffocate thousands of marine creatures every year, including dolphins, dugongs, turtles, whales, and mantarays. And any listeners who regularly swim along the coast will tell you there are sharks out there, and if you avoid them, they will avoid you.

While humans are busy wrecking soil and water, clearing forests, emptying oceans of fish and destroying wildlife as never before — our careless use of plastic products is causing even more damage. Plastic pollution statistics, including pollution from micro-beads used in bathroom and cleaning products, and microfibres from our clothes, are causing far greater concern among scientists and ocean activists than the odd shark. For the latest figures and things you can do about the toxic tide destroying our ocean's marine life as it enters the human food chain, check out the Boomerang Alliance.

We also had a chat to Professor David Lindenmayer from the Fenner School of Environment and Society at ANU, about the looming crisis which threatens Australia's current prosperity - debt, corruption, disease? No. "A whole litany of change", caused by human consumption of resources, "is pushing our ecosystem to the point of collapse," the Professor said firmly. Despite the fact that Australia has some of the best environment scientists in the world, it is one of the most underfunded countries for biodiversity conservation in the world. While we've recently spent $50 billion on submarines, we are doing nothing to protect our iconic native species, from our extraordinary mammals (including the koala), to our birds, frogs, and trees (like the Murray River Red Gum). The coral bleaching of the Great Barrier Reef, the mass die off mangroves and sea kelp, the sizeable population drop in migratory birds, and the tree graveyards growing across the continent indicate that we are in trouble. As biodiversity declines, our ecosystems will become unsustainable - so we are talking about the basics again - food, water, air.

If you want more facts about any of this, check out previous Monday Drive programs - every week we talk to scientists from around Australia who apply rigorous methodology to the collection and analysis of data.

While our political class squabbles about just how mean we should be to muslims, asylum seekers, the unemployed, the disabled, indigenous people et al, Professor Lindenmayer mentioned a "major market correction" could be in store for the planet if humans don't begin to seriously address the sustainability of our current consumption levels. Lindenmayer has done amazing work in the rural sector, with farmers adopting vegetation restoration - smart planting that restores native vegetation, native bird populations, and the rest. While he pulled no punches as to the perilous state of our ecosystems, Professor Lindenmayer sees huge hope for change in the adoption of these methods by our farming community. Have a listen here about 75 minutes into the show.

You could also get along to Politics in the Pub if you'd like to separate the facts from the fiction around the new NSW land clearing laws, which were gifted to us by Mike Chainsaw Baird. Total Environment Centre's senior campaigner Corinne Fisherwill be chatting with Oisin Sweeney (NPAS), a guest on Monday Drive a few weeks ago, and Greg Miller, the director of Cultivating Murder from 6.30pm on January 16 at the Gaelic Club, 1/64 Devonshire St, Surry Hills NSW 2010.

Speaking of hope, we also got some from Andrew Bray, from the Australian Wind Alliance, who said Australia faces a fork in the road to energy heaven - either a smooth transition to a healthy renewable energy mix, or more of the political roadblocks which sent investors, engineers and entrepreneurs out of the country during the catastrophic de-incentivisation of the wind industry we experienced under Tony Abbott, when Joe Hockey famously proclaimed wind farms an "utterly offensive" "blight on the landscape".  Andrew said he has seen a lot of movement from the fossil sector into wind and solar as the skills are transferable. So we'll hear much more from Aussie Wind in the future, not less.