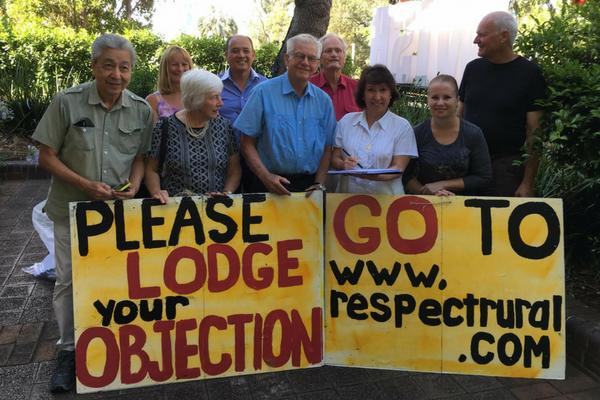 Overwhelming community opposition to a controversial development proposed for South Dural in Sydney's north-west has resulted in a temporary win for endangered species and their Ironbark and Blue Gum habitat.

TEC senior campaigner Corinne Fisher recently visited the community to offer support and add Dural's threatened breathing space to our interactive SOS Green Spaces "Battle Map" which charts all the threatened parks and bushland across the metropolitan area with pics and videos. The aim is to provide disparate communities fighting the same battles the ability to monitor each others' progress, share experience, and present a united front. The “Battle Map" will launch in March. The map has taken TEC’s Natural Areas campaigner Dave Burgess over twelve months to research and create.

Meanwhile, Dural residents are celebrating the result of the packed Hornsby Council meeting on February 9 which saw the proposed 3000 dwelling development which covers 590 acres put on hold.

The fact that existing infrastructure in the area will not cope with the scale of such a development was integral to a unanimously passed mayoral minute that also called upon neighbouring councils to halt similar developments proposed in Sydney's rural fringe.

You can follow the Residents’ Infrastructure and Planning Alliance here: