Antarctica is melting. Burning coal is causing air pollution and other health crises around the world. What better time to update TEC's Green Energy Guide? How will it help you get cleaner air and a fairer future?

The TEC/Greenpeace Green Electricity Guide, which was created by TEC and project managed by our energy advocate Mark Byrne, has just been updated. It comes at a time when public support for green energy is rising, despite conservative attacks; and the National Electricity Market is finally listening to NGO's like TEC about integrating such electricity and supporting energy efficiency.

The update is published just as breaking news about the impacts of burning coal to meet our energy needs range from unprecedented ice melts in the Antarctic to escalating levels of air-borne mercury pollution detected in the vicinity of coal-powered stations in Victoria's Latrobe valley, and country's such as Poland and China where the air quality is so poor it is now considered dangerous for children, pregnant women and the elderly to spend time outdoors.

Clearly renewables are the only way forward to a decarbonised future, and even big retailers such as AGL agree.

Because TEC is a fiercely independent, not for profit NGO, the Guide is the only independent, unbiased ranking of the environmental performance of all retailers selling electricity to Australian households.

We rank retailers on the emissions intensity of the power stations they own, their investments in and policy positions on renewable energy and fossil fuels, their deals for solar consumers, their carbon offset products, their promotion of energy efficiency and demand management, and their corporate transparency and sustainability reporting. 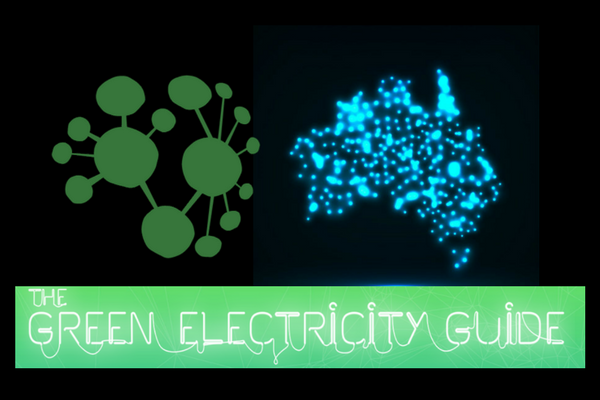 This year we have also scored their support for community energy, battery power and local energy trading. The other main change is the replacement of a score out of ten with stars out of five.

The two 5 star retailers for 2018 are Powershop and Diamond Energy, which also took the two top places in previous years. They invest in renewable energy projects, do not buy power from coal or gas plants* and strongly support the rapid decarbonisation of Australia’s energy sector.

The biggest surprise, though, may be that the two 4.5 star retailers are two small startups, Energy Locals and Enova Energy.

While they don’t own any of their own power stations yet, Energy Locals and Enova Energy are focused on helping households, businesses and local communities to be part of the energy evolution with high solar feed-in tariffs and partnerships with community energy groups.

We also decided to recognise the Most Improved Retailer since the last Guide was published in 2015. This year that award goes to AGL, which jumped up the rankings thanks to its public support for decarbonising the energy sector, investments in new renewables, support for local energy initiatives and corporate sustainability efforts.

We also commend AGL for standing up to federal government bullying to try to keep Liddell power station open past 2022. However, AGL remains Australia’s biggest carbon polluter, and we think it should be doing more, especially by committing to close down all its inefficient, unreliable old coal power stations by 2030 - not as late as 2050.

In another welcome move the energy market regulator (AEMC) has supported an early start to our 'demand management incentive scheme' - after a long fought battle with the electricity rule makers.

* Except for spot market purchases, which reflect the fuel mix of the market at the time.