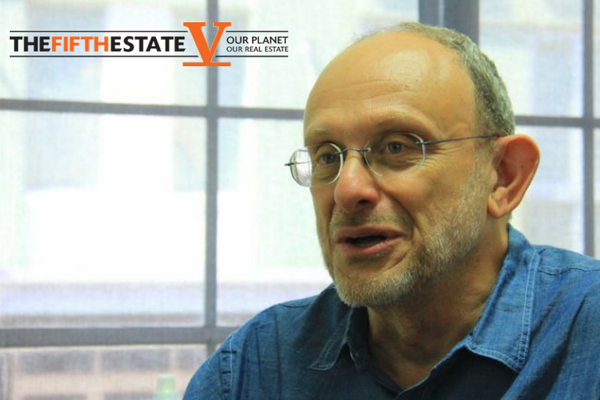 Tina Perinotto says Jeff Angel’s laconic style is a welcome relief. It’s optimism at its most pragmatic: stick it out long enough and you will win.

Ask Total Environment Centre’s Jeff Angel what advice he gives to young environmental campaigners who look with dismay at the antics of our federal government on coal, and worse, at the rise of Donald Trump in the US, and he doesn’t beat around the bush.

It’s all about staying power and a refusal to give up, Angel says.

“I often tell younger campaigners, ‘Don’t expect it to be easy or quick. Don’t expect the people who are opposing you to be nice.’”

Angel ought to know. He’s probably one of the longest serving environmental campaigners in Australia. He joined TEC in 1973 and has been its executive director since 1995.

And he’s led some of the toughest campaigns in environmental history – such as the ban against lead petrol and the madness of felling giant old trees for woodchipping.

Most recently, in possibly a defining case-study in dogged determination, Angel has been in the fight for a deposit container scheme, so that the millions of bottles clogging up our environment can be returned and recycled.

It’s taken 13 years and has involved taking on fierce resistance by the giant Coca Cola company, but now Angel is waiting on just two more signatures to make the scheme national.

The TEC has also worked with the property industry, most recently with the Property Council of Australia, in a bid to reform the National Electricity Market, another battle that will take the willpower of giants to win, but on which he’s hopeful.

For an unassuming, softly spoken man, it’s not a bad legacy to look back on after more than 40 years.

Angel, a notoriously hard worker, took time out on a recent Friday afternoon in his friendly rabbit-warren offices in Surry Hills to talk about the art and craft of political campaigns.

But he had to be prised from his computer, even as The Fifth Estate stood in his office door. “Staff pays,” he mutters, before finally swinging his chair around to talk big picture.

After the emotional anxiety engendered the world over by Trump’s win in the US, Angel’s laconic style is a welcome relief. It’s optimism at its most pragmatic: stick it out long enough and you will win, is the underlying message.

Certainly, he’s not a bit flummoxed by the turn to the hard right, anti-climate agenda in the US. He’s even sympathetic in some ways.

“People voted for Trump because he was a real person, unlike well-rehearsed politicians we’ve had before,” he says.

Globalisation advocates have not paid sufficient attention to the consequences of their policies.

“It’s one of the things I find irksome. When we propose structural adjustment we pay a lot of attention to easing that adjustment.

“But free trade and trade liberalisation never did. It obviously lacks a moral backbone.” That’s not something you can say of the environmental movement, Angel says. The movement has become more economically literate and he feels strongly that it should

It’s not okay to say, “We don’t understand the impacts of what we’re putting forward,” he says.

“We make it an important part of our work. I have an economics degree. I’m not frightened of economics.”

And why would he be? On his estimates the environmental movement and the regulations they spurred created “millions” more jobs than were lost – in pollution control programs, land care, environment management sectors, tourism and renewable energy.

Angel is also more patient with Trump’s rise than many others in his patch. Things will modify in some areas, he says. Trump has a learning curve to get through, he says.

“When you are in government you need to be well prepared and have thought out the issues.

“You can’t run governments with midnight tweets. There are still lawyers and judges and congress. The checks and balances will frustrate him until he learns to be a professional policy maker.

“Having said that,” he adds, “there are great destructive forces being directed towards the EPA [Environmental Protection Authority].”

The upside: a re-energised environmental movement

Angel thinks the environmental movement will be re-energised.

“I think the environment movement will go back to full fighting mode.

“I think the US environment movement has enough resources and capacity to put up a good fight.

“What happens in these sorts of circumstances is what happened with Ronald Reagan [who famously ripped off the solar panels from the White House roof that predecessor Jimmy Carter had installed].

“You reassert the fundamentals. You are still right, so the groundswell grows again.

“It will be hard. It will be awful. But I don’t think the environment movement will wither away under Trump. It will get stronger. “It will energise people,” he says.

As long as you don’t expect it to be quick or easy.

The Liberal Party’s right faction, in his view, has taken a signal from the US to step to the forefront, pushed in part by the resurgence of One Nation.

The PM, Angel says, has been a big disappointment, and he’s wedged himself into an unfortunate position.

“We thought that when Malcolm Turnbull become prime minister we would be going back to the centre. But unfortunately the dynamics of an almost minority government have pushed Malcolm to the right.”

This will diminish his ability to again win votes from the centre.

Despite the scenario Angel is not too worried. Australia’s political system is generally not easy prey to extreme rhetoric because of compulsory voting, he says.

The impact of the politics on energy

He’s also not too worried about the impact of the politics on renewable energy.

Solar and the rapid development of storage systems will seal the trajectory for renewables within a few years, he says.

With prices offered by retailers now at 6 cents a kilowatt hour for solar energy and 26c/kWh paid by consumers for grid energy, it will only encourage faster take up of battery storage.

“Our solar electric generation is massively underpriced and with 1.5 million dwellings with solar panels it must be very disturbing for the fossil fuel based generators.

“I think climate change is hitting us and politicians are sitting in Parliament House showing off lumps of coal.”

So how do you deal with the resurgent fossil fuel and coal industries?

“I’ve been in this long enough to know you just keep going,” Angel says.

What attracted Angel to environmental issues?

When he joined TEC in 1973, Angel had been at the University of Sydney studying for an economics and politics degree.

Like so many others of his ilk, he “wanted to do something useful”.

“I didn’t want to work for the private sector and during the politics degree I did a strand on pressure groups as an important part of a pluralist society.”

One of the essay topics was on the fight to preserve a major piece of bushland at Grays Point at Sutherland that had been slated for subdivision.

“I volunteered and because I was doing an economics degree they thought it would be good for me to do a benefit–cost analysis of the Wiangaree State Forest in the Border Ranges National Park.

“I had no idea what a benefit–cost analysis was,” he laughs. It took him a few years to master that and after some determined campaigning he also mastered the art of political influence: the Wran government decided to protect much of the state’s rainforests.

Other early successful battles included stopping a freeway  on the Cooks River, which kicked off the Cooks River regeneration program, and the campaign for lead free petrol.

Among the wins though was also the loss of many giant trees, to woodchipping.

“The thing that people don’t realise about the [time of] European settlements was that there were massive size trees everywhere, with trunks as big as rooms. Some canopies were like a giant temple; and you don’t see that anywhere now. It gave an entirely different character to just walking through the bush. It was incredible.”

There are still a few places left with these trees, but no, he doesn’t want to say where.

The image of Angel taking solitary walks in these sacred soaring spaces is not hard to tune, and he makes no secret of his tendency towards introversion. His idea of “doing something useful” seemed much easier to do if it related to nature, than say, tackling social issues.

“Not only did the land clearing destroy many ecosystems, it actually means there is less rain. The scientific evidence is that where there are more forested areas there is more rain.”

Another concern is the loss of vegetation cover in our cities and the continuing lack of legal sanctity for parks.

He is also fighting marine pollution, especially with plastics.

Plastics, he reminds, don’t dissolve back into the ecosystem to nothing, they accumulate.

Worst are the microplastics, but the good news is that there is some movement with new schemes including a world leading industry agreement to phase out microbeads.

Another issue is traffic congestion. It’s appalling, he says, “not just on human grounds but environmental and that’s because we’ve let the car take over the cities.”

He’s glad the NSW government is trying to rectify this with new public transport.

The Light Rail fiasco and the loss of hundreds of trees

But at the same time he is appalled that the good of a new light rail in Sydney has been at the cost of felling up to 900 beautiful old trees along the corridor including Anzac Parade (a government spokeswoman told The Fifth Estate the figure is 760 trees).

He says the reason the trees were felled has recently emerged as a failure of the design contract to specify design principles.

He says he understands the government wants to make sure the same mistake is not repeated with the Parramatta light rail.

On a positive note Angel says NSW’s new climate policy and energy savings programs are quite strong and he credits environment minister Mark Speakman and his staff  who all “worked quite hard” for those outcomes.

The record, though, is badly tarnished on land clearing and the most recent air pollution strategy is also poor, he says – in fact “the weakest in a decade”.

Angel’s credits the Boomerang Alliance, which he manages, as central to the win on the container deposit scheme.

He’s pleased with the alliance’s 23,000 supporters through 46 national, state and local allies, supported by an advisory team that includes Purves Environmental Fund, Baker McKenzie and Friends of the Earth.

“The environment movement has enough depth and support to keep going forward but I’m not under any illusion. It’s a very hard battle.

“I look forward to the day when I get out of bed in the morning and nine out of 10 bad environment decisions have already been stopped by the system, rather than having to be fought for, one by one.”

But if that battle is still necessary, there is no doubt that Angel and those coming up behind him are up for the fight.