New Trees - As Good As Old?

No one is sure what was wrong with the old trees we already had - but Gladys Berejiklian has promised to plant millions more "new trees" to make the ghosts of the heritage tree canopy we have lost go away. Will it help Sydney cool down?

Sydney's "old" trees were in the way over the past 7 years, whenever developers saw the chance to maximise the economic return on Sydney real estate, and draw up multi-billion dollar contracts for new light rail, new tower precincts, and new roads.

Because the removal of thousands of mature trees across the metropolitan area caused so much public grief, and anger, the government has now announced Sydney is going to get "new" trees to go with all the other new stuff.  It has also budgeted $290m for new green spaces, playgrounds and the tree program. 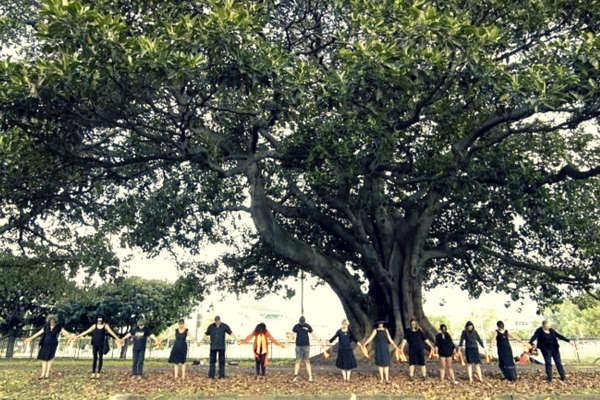 With an election looming Gladys Berejiklian has signalled that she wants to make amends by promising to plant 5 million trees over the next 12 years, "in a bid to offset the cracking pace of development".  'Liveability' is the new mantra.  Clearly our SOS Green Spaces campaign and the multitude of community controversies is having an impact.

An attractive campaign with website has been created to tout the proposed increase of Greater Sydney's tree canopy from 16% to 40% by 2030 by planting the new trees in streets, parks, bushland areas and yards. 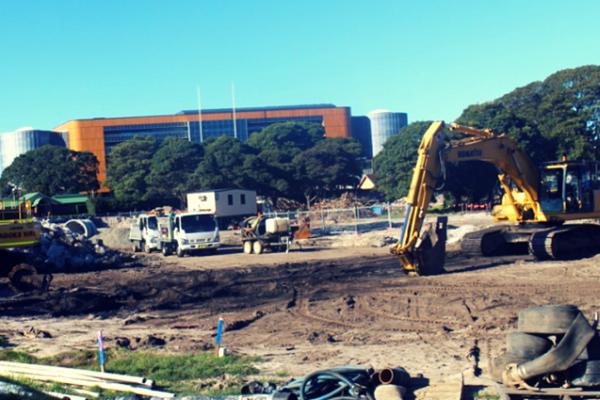 TEC Director, Jeff Angel is not convinced...."Until today it was a mystery as to how the government's promise is to be implemented" he said. "We are pleased to hear they have allocated $38.7 million over the next four years on the "Five Million Trees" initiative, but this is where the hard questions start."

Mr Angel said that "our current stock of trees has taken decades to develop and new young trees are no substitute. It's essential we keep our existing tree canopy - we can't be in a position of net loss of tree cover, but to date we've heard nothing at all about  new laws to protect existing trees. Without them the 40% target won't be reached."

Mr Angel also pointed out that up to 50% of new trees will inevitably die or be vandalised (at a cost of $16 million), so the program will need to be careful to support ongoing maintenance.

The Government's major funding package also offers the opportunity to buy new land where green space is at a premium and for expanding (out and up) suburbs.  Again we can't afford to lose any more existing parks and bushland areas as many areas have poor provision of open space.  In another interesting move the new low-rise, medium-density policy encourages retention of mature trees on private land especially along fence lines.

It all points to green spaces and trees being a hot, green button issue and TEC will be ramping up its efforts to get improved protection laws at local and state levels for new and existing parks and trees. A cool, healthy city that respects and values the multiple benefits from green infrastructure is non-negotiable.

WHAT CAN YOU DO?