Campbelltown koala lovers have been tracking the local koala community for over 30 years, determined to save the last healthy koala population in NSW.

Insights into roaming patterns, mountain climbing skills and preferred tree species for snacks and leisure made for a delightful evening this week when the accumulated data was unveiled at the Campbelltown Arts Centre on Wednesday night.

The main concern for all present is the real threat of extinction facing this beloved koala population - members of which have been named and tracked across several koala generations by a dedicated team of volunteers and scientists, including Associate Professor Rob Lachlan Close, Western Sydney University.

An interactive google map prepared by NPA volunteer Barry Durman revealed sightings, capture and release, and roaming patterns in the Wedderburn Gorge region, as well as the specific home ranges of over a hundred males, females and their cubs named by local volunteers who have tracked them. The wealth of information is a tribute to all the citizen scientists involved, including Lynn Bowden. 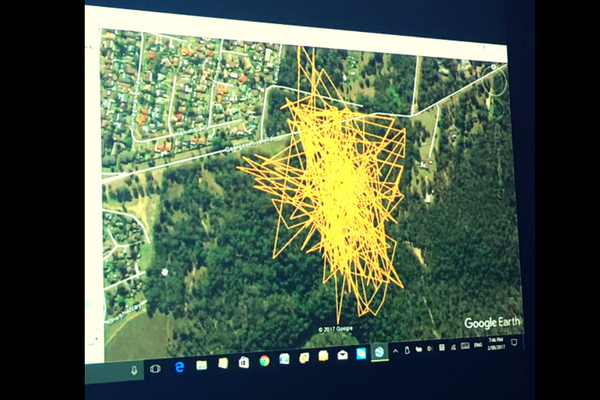 The information is surprisingly engaging and detailed. For instance, a koala such as Courtney, the data shows, has a clear preference for Lilli Pillis, while Charlotte's cub Curls spent months weaving in and out of suburban backyards before being hit by a car and dying near a petrol station on Appin Road. Pregnant at the time, Curl's unborn cub also died at the scene.

Often clearly confused by changed terrain, new housing and deforestation, some koalas such as 93 old great grandmother Shirley, nevertheless have proved adept at negotiating rugged ranges and river corridors to avoid humans and dogs (Shirley died of old age). Most of her offspring (Frank, Stan, Bill, Leslie, June and Jemima) have not managed so well, although Dan managed to cross two highways, a canal, tram lines and a creek many times throughout his wanderings.

Locals have observed the tenacious yet shy mammals eating everything from bottle bush to apples and pine needles. They don't eat Turpentine but enjoy the abundant shade of this species on hot days and also the thicker canopy which acts as effective camouflage. 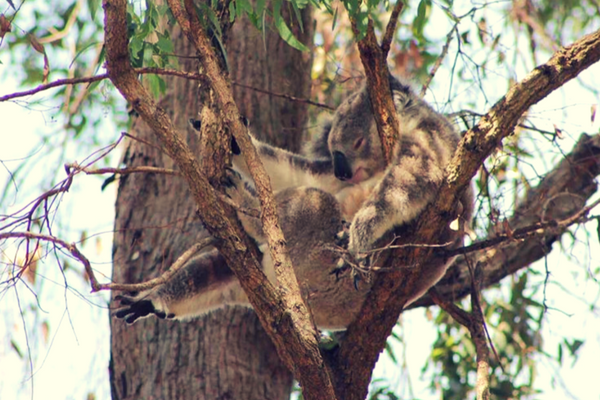 For all their bush skills, as local wildlife rescuer Ricardo Carlo Lonza made clear in a short but impassioned speech, the number of koalas being hit by cars and savaged by dogs rises each week. With rezoning and plans for tens of thousands of new homes in Sydney's South West, smack in the middle of traditional koala habitat, the outlook for NSW last healthy koala population is not good.

"I'm not opposed to development," said Lonza, "what I can't agree with is badly planned development." 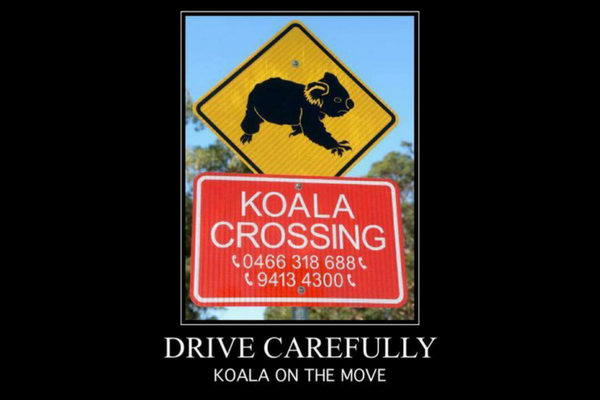 His sentiments were echoed by Pat Durman, who noted that humans and native wild life can coexist if the needs of both are tailored to suit. To this end she and her husband Barry are hoping to provide access to the map and data base to any politician, council, developer or wild life group that is interested.

Anyone who has seen a bright eyed koala in the wild will immediately appreciate the difference between the health and alertness of these animals and a captive koala such as the one pictured below left, photographed by a tourist at a Koala "sanctuary" last week. 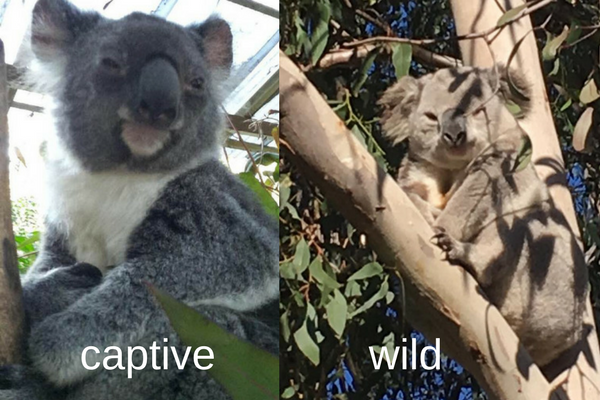 These beautiful gentle herbivores, found nowhere else on the planet but Australia, should be protected, but as several of the evening's speakers mentioned "we can't get the politicians interested in our Campbelltown koalas."

While NSW environment Minister Gabrielle Upton was conspicuous in her absence, despite being issued an invitation, Greens MP David Shoebridge took a front seat and made careful notes throughout, shaking hands with all the volunteers and congratulating them on their herculean efforts in creating the Koala Map and data base with no budget or resources.

TEC's campaigner Corinne Fisher, also present, discussed with Professor Rob Lachlan Close the need for a concerted campaign to Save Sydney's Koalas - before it's too late.