The state government's lip service to "greener places" is being challenged by communities who value the bushland and parks that developers want to knock down and clear. From the inner West to the Hills district, from the North Shore to the Sutherland Shire, the protests are forging a force to be reckoned with.

In a statement today, TEC's executive director Jeff Angel challenged the state government to put a value on Sydney's parks and bushland instead of destroying them at the convenience of urban development projects.

"Parks and green spaces fulfil the triple bottom line of social, economic and environmental benefits," Mr Angel pointed out. "A wealth of independent research here and overseas shows that tree canopy is invaluable in terms of clean air, cooling the city, and the health benefits afforded by opportunities to relax and exercise.  Even property values are increased. A city’s parks and trees are worth many millions of dollars." 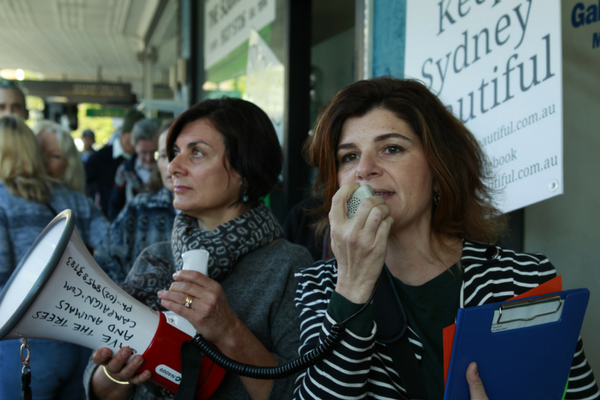 Yet while many cities around the world are actively embarking on greening projects to counteract climate pressures from multiple sources, Sydney is seeing more and more park and tree removal for road works (such as Buruwan Park removed for WestConnex), and housing development in areas from Campbelltown to the Hills district.

For instance a development proposal to rezone more than 28 ha of heavily forested land adjoining the Cumberland State forest in West Pennant Hills, to allow for 400 apartments and 200 medium density houses, has sparked vociferous protest from local residents who believe that the State Government has it's priorities back the front. 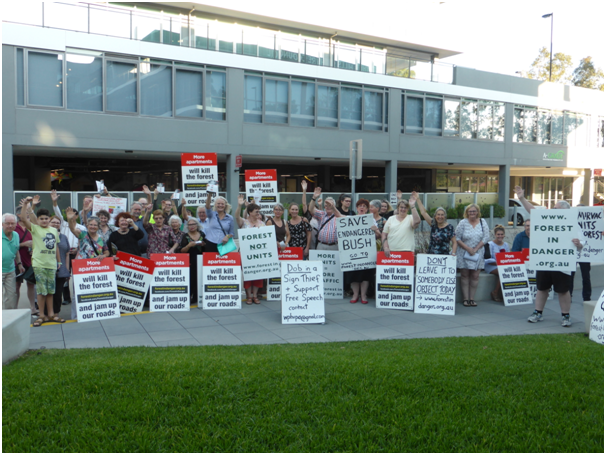 Residents say they were shocked to find out the proposed rezoning will allow apartment dwellings on the entire site with no protective environmental zoning for the critically endangered Blue Gum High Forest or endangered Sydney Turpentine Ironbark Forest.

"Over 1000 extra vehicles will be funnelled from that development onto Castle Hill Rd, as well as other local streets and impact existing infrastructure,” said Residents Infrastructure Planning Alliance (RIPA) spokesman, Andrew Harrington.

Association president Carol Flanagan said that an alternative development of a school on the site would give the government a proactive opportunity to support the community instead of placing further burdens upon it. 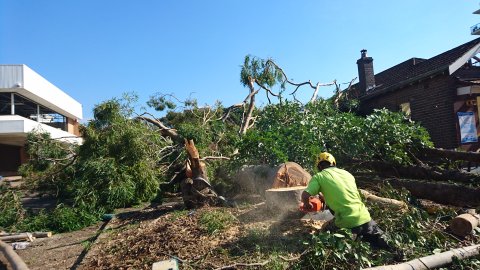 Meanwhile in Rhodes, long time residents have been shocked to see mature gum trees on heritage streets razed for development that will see a mix of apartment towers – up to 38 storeys high – and terrace houses.

An additional 8250 residents are predicted for Rhodes, which has already seen its population increase by more than 600 per cent in one decade. Traffic congestion has become a massive issue due to the “deplorable” traffic along Concord Road, with one entrance in to Rhodes, and one out. Green space is clearly not a priority.

“We call on the Berejiklian government to immediately institute policies that recognise, and integrate financial, social and environmental values into decision making,’’ Mr Angel said.

Join our SOS Green Spaces network by supporting our campaign