The Wealth At Our Feet 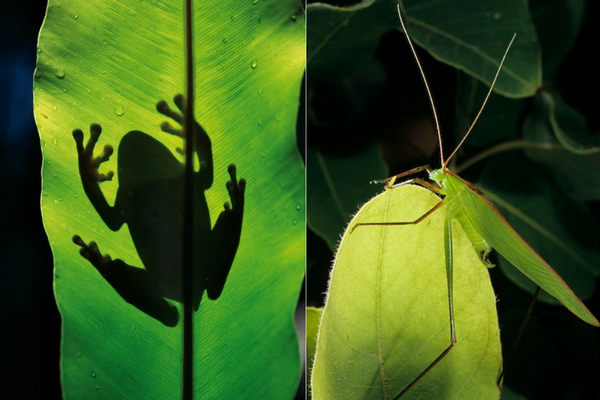 How often do we overlook the wonders of the knee high world? Are our children missing out on the tadpole thrills of yore? We had a chat to an expert about the critters keeping soil, seeds, and ear drums thrumming...

As regular listeners of TEC's green themed radio program on 89.7fm now know, all sorts of frogs often travel to Sydney in hands of bananas, lettuce and cut flowers, from all over Australia.

They include charming little rainforest, laughing, and dwarf frogs whose role in the wild as insectivores, is to control for instance mossie populations, and provide food for snakes and goannas. Anyone who has ever listened to a frog orchestra going off, also knows their musical contribution to the nightscape is as thrilling as any jazz band. 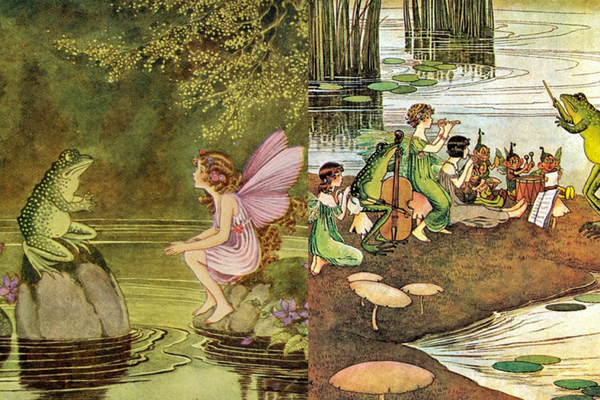 We interviewed frog enthusiast Dr Arthur White this week who revealed that prior to the efforts of the Frog And Tadpole Society, which began as a rescue service, most of these frogs met their deaths in ripening rooms where they were gassed with ethelene along with the fruit and vegetables. Resuscitation efforts had a success rate of 1 in 10. Quarantine laws meant if they were saved they couldn't be sent back home. Today growers tend to look for frogs and snakes at the source and fewer are shipped. Collaboration between them, FATS and the National Parks Wild Life Association has been a win-win for amphibians and friends.

Arthur grew up playing in the Eastlakes Wetlands, before the global decline in frog populations (caused by a brutal mix of pesticides, deforestation and feral predators), and he vividly recalls all the little frog faces watching him as he crawled around among the reeds. "Once I learned to sit quiet and not make a racket, it was amazing just what I did see."

These days in his many visits to schools, he finds most children have never seen a frog, and when shown one they are often scared. "Its a great pity," he laments, "because having divorced ourselves from natural systems, it makes it that much harder to establish conservation projects because people have no empathy with them."

Arthur spends a lot of time at night with a torch "checking what's on the go - how much night life is out here," he marvels. "Although urban spaces are quite dangerous for native species - all the night lighting blows their cover, leaving them vulnerable to attack from dogs and cats."

To build a frog friendly haven in your back yard you need a dark area with no night lights and dense ground vegetation which encourages the grasshoppers and crickets which frogs love to snack on. If you want to hear them serenading at night, you need to provide a water source, like a frog pond. For tips on making a pond frog- friendly visit FATS. It's a great resource.

Arthur also filled us in on "Sydney's own frog - the red crowned toadlet" found nowhere else in the world, and native to the Hawkesbury sandstone unique to the region between Lake Macquarie and Wollongong. A fairytale froglet with an interesting squeak,  "this is not your run of the mill frog," according to Arthur.  Rather than frequenting ponds, these little toadlets spend their lives in cracks in the sandstone, and lay their eggs in damp soil. The hard shells of their eggs absorb moisture, and when the rains prompt them to hatch, a fully developed frog emerges.

Unfortunately their preferred habitat also hosts the highest density of humans on the continent. Sadly, two of their last strongholds, in Bundeena's Spring Gully and Manly Vale's War Memorial Park, are about to be developed which will wipe them out, although there are still small colonies in both Kuringai National Park and Royal National Park.

Yet another reason to take time out to consider the wealth at our feet and the need to protect these living breathing spaces from concrete encroachments. If you have a local park or patch of bush, a frog orchestra or a bunch of cicadas you are worried could be destroyed for apartment blocks you should definitely contact the Total Environment Centre and put them on the SOS Green Spaces Map. It shows 70 sites across Sydney where local groups are facing off the bulldozers. By providing an overview and connecting communities, the map is building a network to empower Sydney siders who don't want the natural beauty of our city destroyed for short term fixes and quick bucks.

Wouldn't it be wonderful if children were able to keep tadpoles and connect with the web of life again?

You can also visit this blog on your mobile phone.

DON’T WORRY IF YOU MISS THE SHOW!

If you are busy you can listen another time on the program page.

Thanks for joining me!