Who is Eating our Greens? 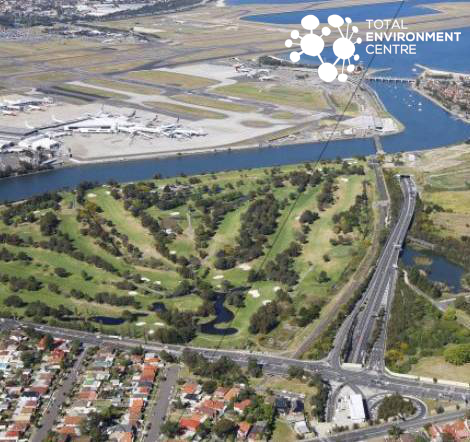 From the Strathfield Golf Club to the Waverly Bowling Club and right across Sydney our greens are being eaten up!  These sporting greens may no longer be viable, but they can still be made available and improved as green spaces for Sydney residents, Total Environment Centre said today, noting overdevelopment is a potent state election issue.

“Since around the year 2000 our use of bowling greens, tennis courts and golf courses have been in decline - reflecting Sydney’s changing sporting culture – this does not mean that these green spaces should be sold off or built upon. Indeed in a rapidly densifying city our need for green spaces is only intensifying,” said Saul Deane, Urban Sustainability Campaigner.

“Bowling greens, tennis courts and golf courses were often carved out of parks and reserves in the past, and if they are no longer popular, they need to be returned to the community for new green space uses. Currently however the complexity of different ownership structures and zoning conditions, that accreted over time means many of these greenspaces are under threat of privatization.”

“The state needs to ensure these green spaces are zoned ‘Public Recreation’, and classified ‘community’ land in perpetuity and that they remain in public ownership; and if in doubt resume them.”

“This is another test for the government’s proposed new ‘Minister for Public Spaces’ and the ‘Open Space and Parklands Commissioner’ and the ALP’s policy intentions,” said Deane.

Over the past 18 months, TEC has recorded over 70 parks and green spaces under threat.