He may be Inconvenient, but perhaps the former US Vice President Al Gore could deliver a welcome pep talk to Malcom Turnbull before he heads home? In Australia to promote optimism as much as his new film, An Inconvenient Sequel: Truth to Power, Mr Gore says the solar energy revolution is already changing the world for the better. 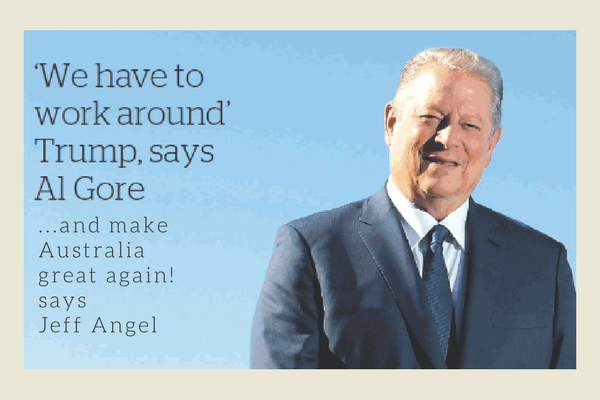 Nearly a quarter of all Australian households have now invested in solar panels, enticed by falling technology costs and volatile electricity prices.  It's been said that a petrol generator would probably be cheaper than using power from our fossil fuel dominated grid. It's neither “cheap”, nor sustainable. Australians paying 40c/kWh for coal fired power, are doing the maths.

At  the same time, community energy funds, many of them staffed by volunteers, two thirds of them in regional areas, and over half amongst the conservative end of the population, have already invested over $24 million dollars in solar panels for small businesses, social housing, and community services.

So it's no accident that both PM Malcom Turnbull and renewables' naysayer, Senator Cory Bernardi, also have solar panels on their private homes! Despite the continued support the Federal Government is giving the fossil fuel industry (to the tune of $1 billion for the Adani Mine alone), in private our leaders are simply going with the flow.

As Peter Fitzsimons said in SMH today, "while the politicians might try to advance or retard the process of change, depending on how visionary or backwards they are, economics runs the show regardless."

Al Gore agrees, and he's seen first hand across America that President Trump's attempts to rubbish the Paris Agreement (ratified by 194 other countries), and stifle the renewable energy industry, have invigorated the sector as almost nothing else could.

"Globally, the market capitalisation of the coal industry has been plummeting because nobody wants the dirty air, much less the global warming pollution," said Mr Gore. What's more, the future for jobs is in renewable energy.

"In the US, there are already twice as many jobs in solar as in coal," he said. "Solar jobs are growing 17 times faster than other jobs in the economy. The single fastest-growing occupation is wind turbine technician."

Certainly the preview crowd last night responded enthusiastically to Gore's pitch that we will accomplish a transition to a greener fairer world. TEC supporters will get an exclusive chance to see the film at our own special preview on July 26th at the Chauvel Cinema in Paddington - tickets available through Eventbrite later this week. 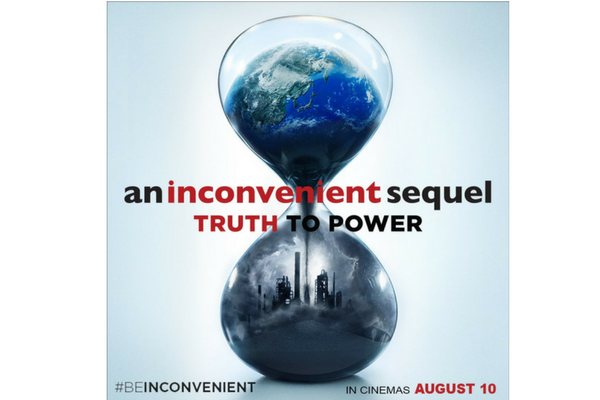 No doubt, with its cogent "call to hope" delivered with a mix of science, fly on the wall reportage, and travelogue, the film will prove a potent boost to the local environment movement as well as promoting the burgeoning green energy sector.

TEC has been pushing for energy market reform for decades, and currently supports the community energy sector through our Green Energy campaign, run by our energy advocate Mark Byrne.

"The hundreds of thousands of Australian homes and businesses using solar panels are actually creating their own big power network - a decentralised one," says Jeff Angel. "Now many communities also want to set up mini-neighbourhood solar power stations and gain even more control over their power supplies."

This is why we have also been working to make the National Electricity Market more friendly to local solar power, which we advocated in our submission to the Finkel Review in June.

And if you get into arguments about any of this here is some ammunition:

Good Luck and remember - hope is a renewable resource!