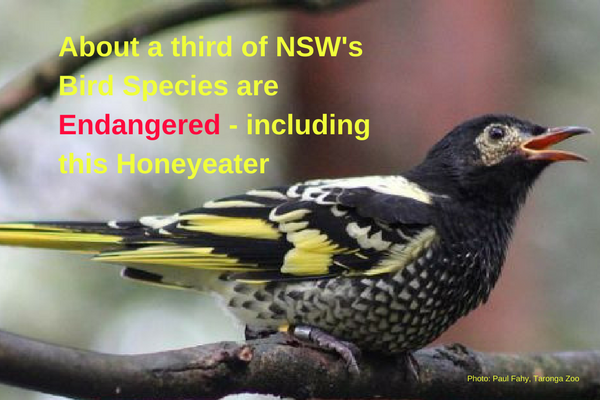 The NSW government's lax approach to conservation protection was described as a "bad Joke" in Fairfax Media today. Yet saving iconic species such as the Koala is a no-brainer if the correct mechanism are applied.

TEC has been working with the Stand Up For Nature alliance for years to push the NSW Government to put stronger protections in place for our iconic native species - from koalas to frogs and trees. So far the results have been disappointing. Now a new report titled Paradise Lost indicates the weakening of NSW Biodiversity Laws, and expansion of "offsetting" in the name of economic growth has been a disaster, hastening extinction rates and threatening future food and water security.

Describing the NSW offsets program as "a scam", Greens environment spokeswoman Mehreen Faruqi said, "Even if we accept the flawed concept that serious ecological damage can be offset, the NSW government has massively lowered the bar for mining companies and big developers. It's now an attitude of: 'No offset? No worries, just pay it into a fund'."

Have your say here.