SHOCKED by the plastic waste she saw on isolated beaches during an overseas holiday, a Beecroft resident has inspired more than half the retailers in Beecroft to stop plastic bags destroying our planet. It starts in Beecroft this Friday at 11.30am! 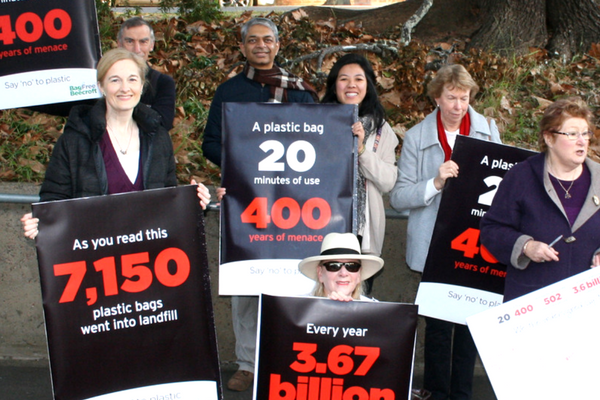 “Banning these bags, including the so-called “biodegradables” which are just as dangerous because they increase the microplastic load on the marine environment, is the only solution. They escape into the environment through multiple pathways, resulting in over one billion littered or landfilled in Australia over the last 10 years.”

Mr Angel said that “if local actions grow to state and national action, then governments must follow community and get on board."

TEC has a long history of working to stop plastic pollution, through both our Waste Not campaign and our sister org Boomerang Alliance – a steadily growing consortium of almost 50 groups determined to end the plastic pollution contaminating our oceans.

Beecroft is not the first Aussie community to take matters into its own hands. Coles Bay in Tasmania was the first to ban plastic bags in Australia in 2003. During the initial 12 months Coles Bay prevented the use of over 350,000 plastic bags

SA was the first state to go bag free in 2009 (80% strong support), with ACT, TAS and the Northern Territory (73% strong support) following. Queensland will ban them from July 2018.

Why not NSW?!! Sign our petition to get the Environment Minister Gabrielle Upton to address the plastic plague.

“I’ve always wanted to go plastic-bag free in Beecroft,” said Bag Free Beecroft spokesperson, Ms Emma Heyde at the launch of the initiative on Monday at Beecroft railway station, which coincided with World Environment Day. “This is a great opportunity to shine a light on our local businesses that have gone bag-free for the good of our kids and grandkids.”

Popular local cafe Longshot has already switched to paper instead of plastic bags. 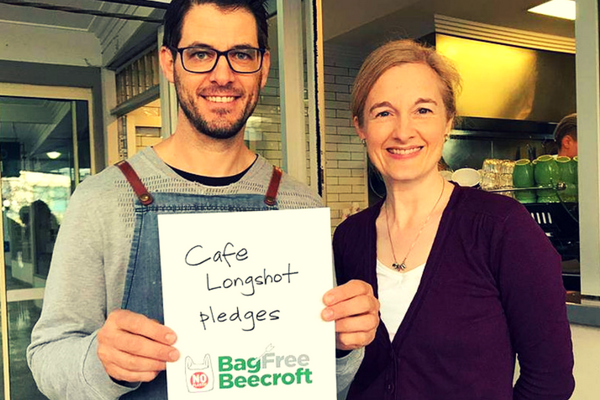 "We're not just about good food,” said café owner owner Melissa Farr. “We're about good living, and part of that is ensuring we're not adding to plastic waste in Australia's beautiful natural environment. That's why we took the Bag Free Beecroft pledge and now we’re looking at improving our whole range of take away products.”

On Friday 9 June 11:30am, Beecroft Village will Name & Fame the number of people supporting the campaign to date with a public display of signatories. More than half of the retailers in Beecroft have already pledged to become or remain plastic free, including iconic Beecroft businesses The Children’s Bookshop, Sparks Shoes, La Vie En Rose florist, Denny Pharmacy, Cafe Longshot and gift shop Beautiful Things By.

The campaign, started by Emma Heyde and Diane More, will encourage Beecroft shoppers to bring their own bags, and to celebrate retailers who have committed to going plastic bag free—or who have already phased out the use of plastic bags.

Bans are common world-wide including in China, Ethiopia, Bangladesh, France and The Netherlands. So Beecroft is sending a message - wake up NSW!

While government tarries, retailers are joining the movement. Harris Farm Market is donating 5c to Clean Up Australia for every person who doesn't want a plastic bag until the end of July. With this campaign they aim to reduce the use of plastic bags by 1/2 million in six months.

Bunnings, Target, IKEA, Nando's and McDonald's are all plastic bag free at the checkout. Others such as Aldi charge for bags, and many others no longer provide or give away free plastic checkout bags.

On television, The Project has started a massive petition to ban plastic bags in NSW, WA and VIC with the support of Federal Environment Minister Josh Frydenberg. 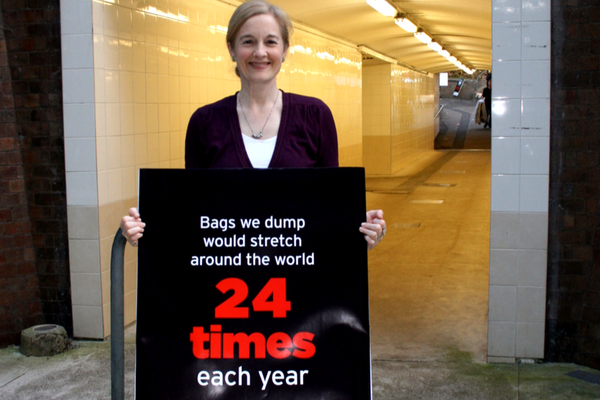