Our Cities Are Havens For Native Wildlife 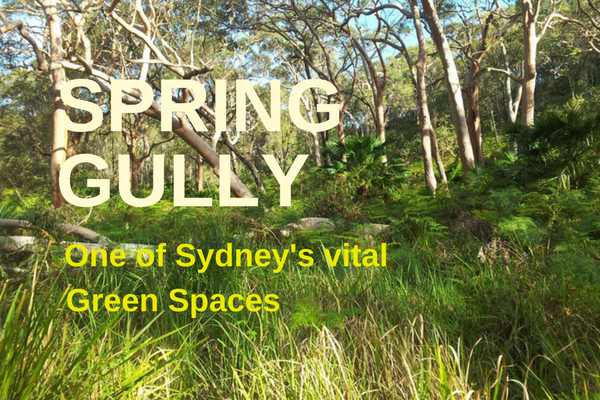 A stroll through any Australian city proves there’s no need to go bush to get in touch with native animals. Our Green Spaces are critical refuges. That's why TEC is determined to save them with our SOS Green Spaces and Living Landscapes campaigns.

We thought you'd like to read this article from The Guardian by Kylie Soanes:

The federal government recently released the Threatened Species Prospectus, showcasing the numerous opportunities for businesses to be involved in conservation. This is great for the bush, but what about the wildlife that calls the city home?

With more than 80% of Australia’s population living in cities, it might not feel like there’s much room for nature. Yet scientists in the field of urban ecology and conservation, such as myself, aim to shine a light on our city-dwelling fauna, and develop new ways for people and wildlife to live side by side.

A stroll through any Australian city proves there’s no need to go bush to get in touch with native animals. From the brush turkeys of Brisbane to the powerful owls of Sydney, many species find ways to survive in the urban jungle.

In fact, many of our rarest animals live in urban environments. Research under way at the National Environmental Science Program reveals that just over 100 of Australia’s federally listed endangered animals live in cities or towns. For example, Canberra hosts the grassland earless dragon, striped legless lizard and painted honeyeater, while Melbourne is home to southern brown bandicoots, growling grass frogs and visiting swift parrots. Of the 70 species prioritised in the recent prospectus, around 25 have been recorded in or around urban areas.

This means that not only are urban areas great places to engage with native wildlife but they can play an important role in the fight against the extinction of these species. And increasingly, scientists and conservationists are working with city planners, architects and even artists to develop creative solutions to sharing urban areas with wildlife.

The first step is to realize that spaces for urban conservation don’t have to be large. Even a solitary gum tree can be a lifeline for native wildlife. Researchers from the Australian National University in Canberra found that large old trees are critical feeding and nesting sites for a huge range of animals in urban areas. Once lost, these trees take hundreds of years to replace, so it’s vital to protect those that are left.

Click here to read the rest of this article.