The super cute Pygmy Possum is not the only native species spending a terrifying night in the rubble of its former home tonight - communities of four threatened species have met their demise this week at the hands of Berejiklian's bulldozers as they tear into precious bushland at Manly Vale Dam - is there nothing local bush lovers who have nurtured the bush for decades can do?

The irony is not lost on members of the Save Manly Dam Catchment Committee  - September 7th is National Threatened Species Day.

"And what a way to celebrate!" said Corinne Fisher, TEC's senior campaigner at the snap rally held at the corner of Link and Sunshine St, in Manly Vale on Thursday morning. 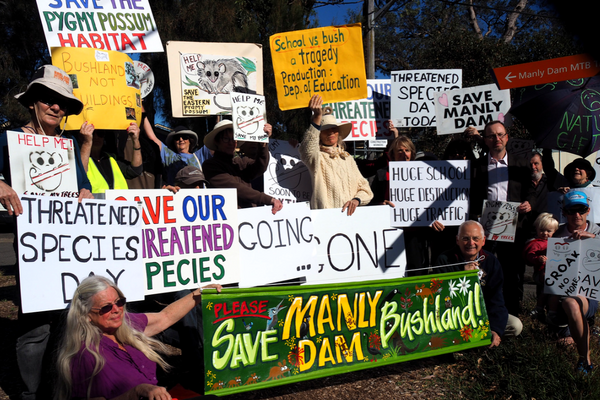 Fisher was escorted away from bulldozers on this day one year ago when the NSW Government decimated pristine bushland at Wolli Creek to build a temporary car park for West Connex related machinery.

This year's desecration of an important national day for all Australians is occurring at the behest of the NSW Department of Education which intends to clear nine acres of healthy bushland, in the process destroying rare Pygmy Possum habitat at the Manly Vale School. There are fears that this will lead to the extinction of the closest colony of these animals to Sydney’s CBD. 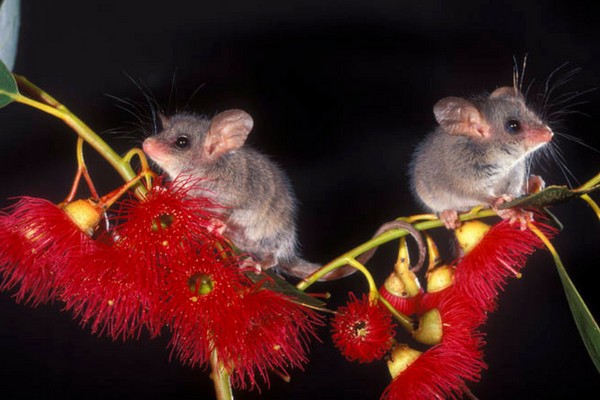 "I'm one of thousands of Sydneysiders, not to mention overseas visitors who have enjoyed this exquisite bushland," said Fisher. "It's very hard, when we are losing a cricket field of Australian bush every three minutes, every day, all year round, to accept that the NSW Government is overseeing the destruction of a rare recreational area of such national significance. Once our native species are gone, they are gone forever, and so is our unique biological inheritance." 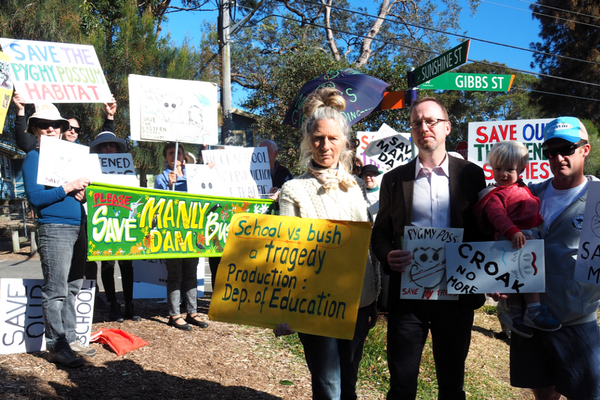 The clearing is taking place in the school’s own outdoor nature area and in two adjoining public reserves- Condover and Manly Warringah War Memorial Park (an area of great significance to veterans).

Four other threatened species have been registered on-site.

Local bush lovers, including families and their children, have worked hard to nurture and protect this bushland and its inhabitants for decades, fighting off previous development challenges. 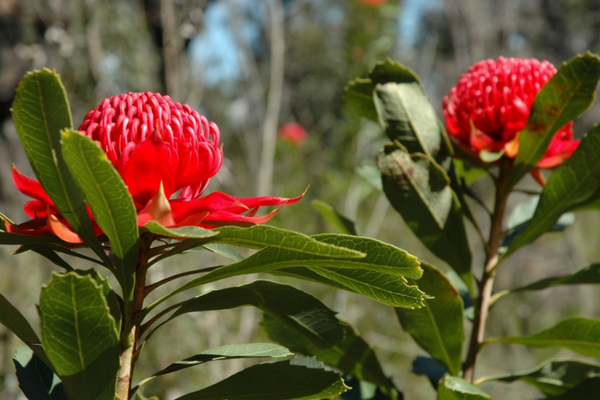 Critics have said for years that the school should have been expanded upwards, not outwards and certainly not into the nearby reserve.

Mr Malcolm Fisher, a member of the Save Manly Dam Catchment Committee, said if the department had followed the wishes of residents and built up, not out, it would have been a much cheaper project.

“When you compare it with Harbord Public School, which has the type of multistorey design we wanted, the budget revealed this will cost $10.56 million,” he said.

“They came up with this bizarre plan to go right into the bush and clear so much habitat and compared to Harbord it could be three, four or five times the cost.”

The controversial Manly Vale Public School development, could easily cost taxpayers $50 million, according to a developer who tendered for the job. The Manly Daily revealed the exhaustive community consultation process had already cost taxpayers $2.6 million - the results of which were then ignored.

He questioned if the funding of the project would ­impact the education of students of other northern beaches schools.

“This blowout does not include any other possible costs such as the construction of road access on to the site, the solution to the ­chaotic traffic problem and other hidden costs,” he said.

The Education Department declined to speculate on possible costs, saying it was “commercial in ­confidence”.

While these amenities look shiny and impressive on the architect's plan, how does a bunch of buildings compare with the unique, irreplaceable environment they will erase? - the orchids, bandicoots, pygmy possums and thousands of other flora and fauna which represent the unique biological inheritance of every school child attending the school.

Will what has been lost be included in the students' curriculum matched learning activities as they sit inside their new classrooms surrounded by concrete and grass?