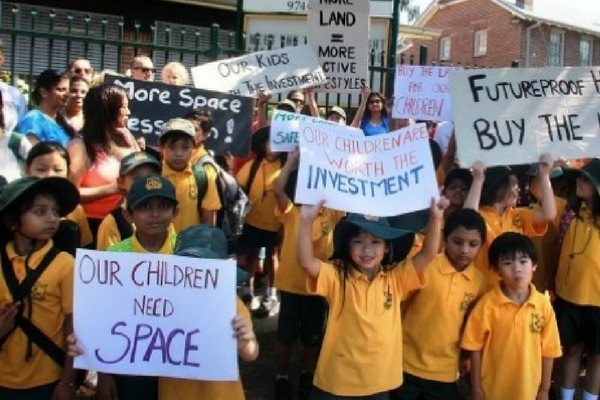 Are we bequeathing our children a sustainable world? The Australia State of the Environment Report released this week makes for "dismal reading" SMH said today. TEC is working hard to turn that around.

The scientific snapshot across nine areas released by the federal government every five years, says climate change is altering the structure and function of natural ecosystems in Australia, and is affecting heritage, economic activity and human wellbeing.

The Guardian noted that the report criticises the lack of “an overarching national policy that establishes a clear vision for the protection and sustainable management of Australia’s environment to the year 2050”.

"It points to poor collaboration, gaps in knowledge, data and monitoring and a lack of follow-though from policy to action."

Is our country being led by "greedy, wilful myopes, hellbent on running our resources into the ground" as described by Peter Hannan in SMH, or responsible pragmatists using science based data to plan for mitigation and adaptation?

In terms of maintaining the healthy ecosystems we need to support our communities, the report suggests that the impacts of climate change are likely to worsen and could be irreversible.

For instance, Hannan notes that "the list of nationally threatened entities just gets longer with 30 ecological communities and 44 animal and plant species added in the last five years." Extinction rates are also on the rise, with the iconic Koala at the top of the list.

This is exactly why TEC has worked so hard with you, and the Stand Up For Nature alliance, to stop the NSW government from weakening the biodiversity laws which should be protecting our native species, their habitat and the associated soil fertility and air and water purity. SMH has noted that clearing of woody vegetation in QLD jumped 73% in one year as a result of similar changes to regulations under the previous Liberal-National party government. NSW and Western Australia are heading down the same path." Have your say!

The report also warns that the trend towards concentrating population growth in Australia's east coast cities is already putting substantial pressure on the environment which will worsen if urban growth is "poorly planned and executed."

For example, the NSW state government's plan to create high density suburbs from the bones of the Sydney Olympic Park precinct has already prompted warnings that current public transport infrastructure, drinking water and waste systems do not have the capacity to cope with 10,000 new homes, and apartment blocks up to 45 storeys high. Apart from the lack of affordable housing in the picture, planning for green space for all these people appears negligible.

If your community is struggling to preserve a cherished green space download our Community Action Toolkit for all the tips for dealing with media, developers and councils.

We are also about to launch a revolutionary new campaign tool - the SOS Green Spaces Map which tracks threats across 70 areas in the metropolitan region, and allow communities to engage, learn from and work with each other.

In just three weeks, we'll kick-start a state-wide coordinated campaign to protect our green spaces using the stark tracking through the SOS Green Spaces Map. But we can’t do this without your help!

You can DONATE to this exciting public action tool here.

Meanwhile, the government's current Direct Action Policy has been widely criticised by experts as inadequate if Australia is to meet its international emissions reduction targets under the Paris climate change agreement. The New York Times reported last week that the White House is fiercely divided over Trump’s campaign promise to cancel the Paris agreement. Where will Australia stand in the event the US pulls out of the Paris climate agreement? Internal pressure inside the Coalition will intensify, and the prime minister will face calls from some conservatives to follow suit.

Interestingly, the chief executive of Origin Energy, Frank Calabria, reiterated the energy sector's support for a price on carbon this week, because this would have the lowest effect on electricity prices, and also industry competitiveness, while promoting the winding down of coal fired power generation, and providing an incentive for further investment in renewable energy sources. The Federal government was warned by the Australian Energy Market Commission that energy policy paralysis is putting our future energy security at risk.

This is why TEC has written a submission with 13 other groups to the Finkel Energy Review calling for market reform with clear decarbonisation policy objectives.

The Total Environment Centre is committed to the health and well being of future generations of Australians - our children and yours.