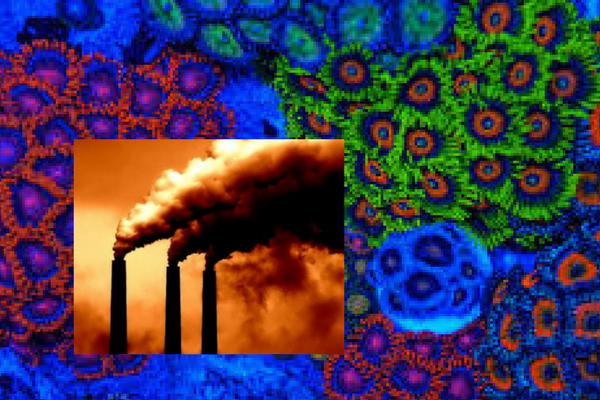 Even as the latest marine heat wave blasts the Great Barrier Reef, our politicians continue to ignore the most cost effective way to transition to energy sources that don’t heat the planet. But the market is overtaking them!

As scientists warn the latest marine heat wave to hit the Great Barrier Reef will lead to even more coral bleaching than the last one, our politicians continue to move towards any solution at a glacial pace. This news round up shows they are swiftly being outpaced, not least by Tesla billionaire, Elon Musk.

Fairfax Media reported today that “we are running out of time” to save the reef from climate change. Yet the federal government’s on-going support for the Adani-owned Carmichael coal mine, that would produce 4.7 billion tonnes of carbon dioxide over a projected 60-year life span, is actually adding to global warming.  The government's own data shows Australia's carbon emissions "rising as far as projections go to 2030". Stop go back, we are heading the wrong way!

This week the Greens leader, Richard Di Natale, labelled the idea that the transition to green renewable energy is a technological barrier as “nonsense”.

Meanwhile the US billionaire Elon Musk challenged the government’s anti-renewables rhetoric by saying he could solve Australia’s energy woes, including the cause of the recent blackouts in SA and sky-high prices in most states, within 100 days – or he’d deliver a TESLA 100MW battery storage system to South Australia for free.

According to RenewEnergy, the ensuing twitter storm between Musk and Australian billionaire Mike Cannon-Brookes, signalled the end of the road for our fossil fuel dinosaurs. Australia’s fossil fuel “elite” – the industry, the politicians, the regulators and the media – "have been kidding themselves that new battery storage technologies are “decades” away from being competitive with coal and gas", said energy analyst Giles Parkinson.

Turnbull, who has solar power and storage capacity installed in his private residence, and was formerly a renewables champion, got on the phone to chat innovation with Musk.

Then he announced a $2 billion investment fix for Australia’s Eastern states by proposing to expand the Snowy Mountains Hydro Scheme to produce an extra 2000 megawatts capacity of Pumped storage hydro renewable energy  - a low-emissions way of creating electricity which can provide back-up for the National Electricity Market. It's unlikely to provide base-load power but it will help stabilise the grid as older coal-fired power stations are retired from the NEM and provide a back-up for intermittent renewable energy such as wind and solar.

However, the Snowy Scheme doesn’t solve the immediate energy crisis, or ameliorate the escalating war between South Australia’s renewable friendly Labour government and the Liberal party’s coal-loving right wing. And there are environmental concerns, as reported by the ABC this week, that some of the Snowy River's eco-systems are still recovering from the negative impacts of the original Snowy Hydro Scheme which also affected the languishing Murray River.

"We need to protect our rivers,” said Kelly O'Shanassy, Australian Conservation Council CEO, “because the rivers are our life-blood and there absolutely is a risk that to get one outcome we sacrifice another outcome — we have a history of doing that as a society."

Director of the Colong Foundation for Wilderness, Keith Muir, said that more powerlines, aquaducts, dams, pipelines, generating facilities and many, many roads, “could degrade the largest national park in New South Wales.”

So getting back to the promise of battery storage, TEC is cautiously supportive of Tesla's proposal. The 100 day offer is at the least an antidote to the glacial pace of the current energy market reform, and calls out the fossil fuel generators' claims that only they can provide stable “baseload” power. In fact the reverse is becoming the norm: some coal and gas power stations were offline just when they were needed in SA, NSW and QL

For those confused by idealogical explanations, the actual causes of recent blackouts in SA and sky-high prices in most states include:

And here’s the really technical bit - TEC agrees that 300MW or even 100MW of battery storage can solve some but not all of those problems, as well as tapping into other value streams such as the frequency and voltage control market. And in some cases there are cheaper options, especially more investment in, and incentives for demand management and energy efficiency.

The other great thing about the Tesla proposal is the cost. It can be done for less per MW hour than new coal or gas power stations, so more wind and solar farms can be backed up cost effectively. That's the real game-changer.

But there are other changes, such as the investment tests that are biased against solutions like storage, that have multiple value streams beyond the benefits to networks.

Then there's the issue of location, and planning permission for the storage facilities which usually takes years. If networks owned them it could increase monopoly control of the fledgling storage market, so we would rather see them installed by other parties (like Tesla).

If the SA government decides to own or invest in 1 or 2 grid scale battery farms anyway, it’s possible that Musk’s100 day solution would not be in everyone's long term interest.

Also, given the multiple causes of recent crises, it may not be needed, at least before next summer, if the other short-term solutions we also need are acted upon.

But Tesla has certainly changed the game, merely by what it can promise. Even if it can't deliver, others will step into the breach.