What will life in cities like Sydney be like if the sky is crowded with buildings rather than open sky and trees? TEC Director Jeff Angel calls for a major legislative revamp to protect the public's right to breathing space.

The public debate on our right to public space versus the economic productivity of our city was featured by SMH today in an article which noted that issues affecting the quality of a life of all Sydneysiders, "are too often resolved behind closed doors by the people with the most power and the most money." 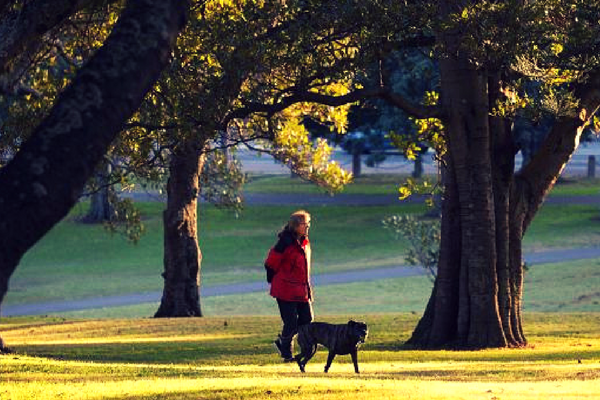 In response, TEC Director Jeff Angel warned that " our Government needs to recognise that parks and trees are absolutely essential assets to any urban neighbourhood. They return significant environmental services such as clean air, relief from urban heat and wildlife habitat. They are an investment for present and future generations."

Furthermore Mr Angel advised that "it is essential we change the legal and financial settings for green spaces so they are much more secure. TEC will continue the fight to ensure they are preserved, not cashed in for quick financial return."

As noted by SMH, the Department of Planning predicts there will be another 2.1 million people living in Sydney by 2036. That will mean higher-density suburbs, with smaller-scale developments such as terrace houses and three- or four-storey apartment blocks likely to proliferate. Public space becomes all the more important as backyards shrink.

But as governments prioritise taxpayer funds for other purposes, Sydney parklands are more and more asked to pay their own way. By now many of us have had the dismaying experience of being shut out of a favourite piece of park because it has been hired out for the day or the week for private use. That will keep happening until a sustainable way is found to pay for maintaining and improving our parks.

The SMH article targeted several inner city spaces as illustrative examples of the tug of war between commercial development and public health and happiness, citing the proposed redevelopment of the Moore park Entertainment Quarter as a prime example.

"It is true that the Entertainment Quarter seems ripe for redevelopment. It lacks the energy and vibrancy you'd expect from a creative space where magical things are happening. Transforming it into a commercialised sporting precinct might be a good idea. The problem is, who gets to decide? And what if that happens at the expense of better, alternative uses?

The Herald reiterated its call for the state government to engage in a detailed, systematic consultation with the public to explore options for a set of funding and governance principles to protect and maintain public spaces in perpetuity. Do we want dedicated taxes? Parking fees? More user pays, park supportive lotteries, crowdfunding?"

Once governance principles are agreed on, all future proposals for changes in the use of public land can be measured against them. Until then, our public spaces remain at risk of being closed to us both temporarily and permanently, or sold off to the highest bidder in deals done behind closed doors by the rich and powerful.