MP Jo Haylen stood up in Parliament last week to decry the lack of green space in her Summer Hill electorate - "no parks, no places to play!" She commended TEC's SOS Green Spaces map - so today we dropped in to discuss it with her. #nswpol#sosgreenspaces 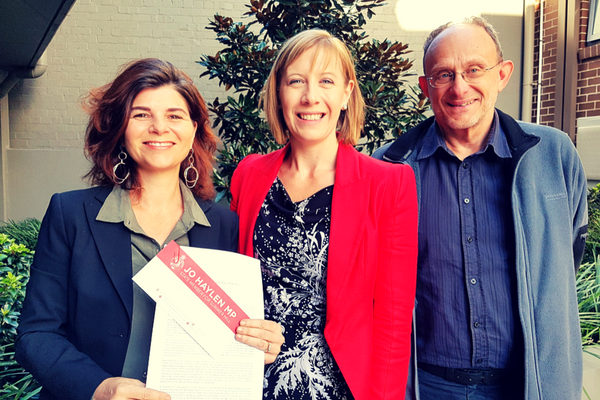 The member for Summer Hill gave an impassioned speech about the need for more green spaces in Sydney and the terrible damage that short sighted development and infrastructure projects are wreaking on our quality of life.

"100,000 extra people will be crammed along the Sydenham to Bankstown Urban Renewal Corridor if it goes ahead," she noted, "without any extra parks or places to play!"

This sort of development is happening all over Sydney, which is why TEC created the SOS Green Spaces campaign to provide a way for communities to connect and find more power working together, rather than in isolation.

"Every afternoon, every lunch break, every weekend, a battle is played out on park benches, sporting fields and baby swings across the inner west. Open and green spaces are at a premium and every square metre of grass is accounted for. Residents using these spaces in a variety of ways crash into each other, sometimes quite literally. The former Marrickville council area has less green space than almost every other local government area in New South Wales. And as our population grows and density increases, the pressure on our open spaces only intensifies. Across this State, our parks, reserves, beaches, wetlands, foreshores and trees are under threat. But what is also under threat is the vision of a truly liveable city, defined by its sustainability, creativity and accessibility. 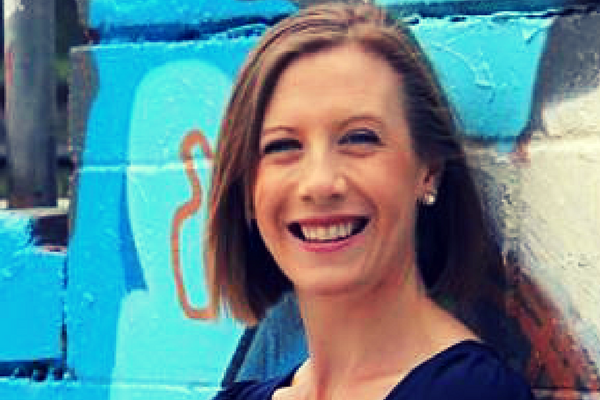 The benefits of open and green spaces are undeniable. They enhance our local environment, providing vital habitat for native fauna and offsetting carbon emissions. They make our cities more liveable, creating microclimates that reduce urban heat and improve air and water quality. They improve public health, giving our kids somewhere to run and be wild. They ensure that our sports teams have somewhere to play. They improve local economies, promoting tourism and benefiting local small businesses. While we know the benefits, far too often in the city we take our open spaces and wild places for granted. We know their value, but perhaps fail to appreciate how at risk they are.

The Total Environment Centre's SOS Green Spaces campaign is about educating the community about just how precious and threatened our wild places are. The centre has released a map, which I recommend to members. It tracks the threatened green spaces across the Sydney region. Unfortunately, more than 80 green spaces are at risk, including the Reg Coady Reserve in my electorate in Haberfield. The campaign also identifies Callan Park in Balmain and Sydney Park in St Peters as threatened, and notes that Ashfield Park is an example of where a community campaign resulted in green space being saved. I acknowledge the Save Ashfield Park group for its incredible work on this front."

What on earth can you do?