Communities across NSW are deploying solidarity, effective campaigning and due process to push back against developments that will negatively impact the health and wellness of their residents - and they are winning!

Look around Greater Sydney and you’ll see battles being waged in nearly every electorate between residents’ action groups and the state government. That's why a range of concerned environment groups working with the Nature Conservation Council have created a set of priority policy recommendations which encapsulate an action plan for NSW as the next election looms.

From Rooty Hill to Palm Beach, the warzones are green spaces, open space, heritage buildings and community facilities. The terms of conflict are consistent: the government is attempting to override local opposition to overdevelopment through the regional Planning Panel set up by the Government, which has developed a reputation for consistently ignoring expert advice on specific developments from local MPs, residents and councillors.

Since 2016 when the Baird/Berejiklian government decided to forcibly merge councils and appoint administrators to oversee decision-making, local residents in suburbs across Sydney have been forced to self-organise to counteract an avalanche of development proposals which were often inappropriate if not environmentally detrimental. 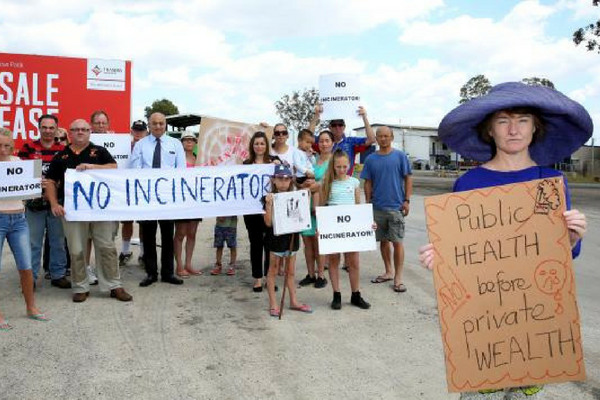 The push back however is making its mark as the next state election looms.

In a colossal win for community, the State Government recently agreed to hand planning control of the Sydenham to Bankstown corridor back to local councils. The State Government had been preparing to gazette the Sydenham to Bankstown Urban Renewal Corridor Strategy, which would have imposed new increased residential densities in Sydenham, Marrickville and Dulwich Hill in the Inner West as well as in precincts across the Canterbury Bankstown local government area.

Now Council and the State Government will work with the community to update Council’s Local Environment Plan instead.

“We’ve fought long and hard to put an end to developer driven planning proposals in this corridor, and today we are thrilled to take back control of planning for Sydenham, Marrickville and Dulwich Hill,” said Clr Darcy Byrne, Mayor of Leichhardt.

Further west near near Eastern Creek, a plan for a massive waste-to-energy incinerator has been blocked after the New South Wales Independent Planning Commission ruled there was “uncertainty” over human health and environmental impacts.

The plant – the largest planned in the southern hemisphere – would have burned 552,500 tonnes of waste every year, generating enough electricity to power 100,000 homes. Incinerators like it are used in parts of Europe to deal with waste. The company argued that the technology and filtration systems had been demonstrated to work to protect air quality

But residents, councils and health and environment authorities objected to the Next Generation proposal, put forward by Ian Malouf’s Dial A Dump Industries, citing concerns about its potential health impacts, the size and scale of the proposed facility, the suitability of the site, and particularly its impact on air quality given its proximity to residential areas, schools and playing fields. Residents argued that the plant was much bigger than any of a similar ilk in Europe and its location in the highly populated Sydney basin was inappropriate. The state’s department of health and the office of environment had also expressed concerns.

The state-significant development application was referred to the commission for determination in April after the NSW department of planning and environment received 949 public objections.

The commission’s chair, Prof Mary O’Kane, appointed a three-member panel that released a report which said the key issue in considering the project was “the uncertainty around the project’s emissions and the results of the applicant’s predicted modelling”.

On Thursday, the member for Mulgoa, Tanya Davies, welcomed the decision to reject the proposed facility.

“Today the people of western Sydney have won the fight,” she said. “From the start we have made it clear that we did not want an incinerator at Eastern Creek. The risks were just too great. The facility was just too big. There were no adequate guarantees to ensure the health and safety of people in western Sydney.” 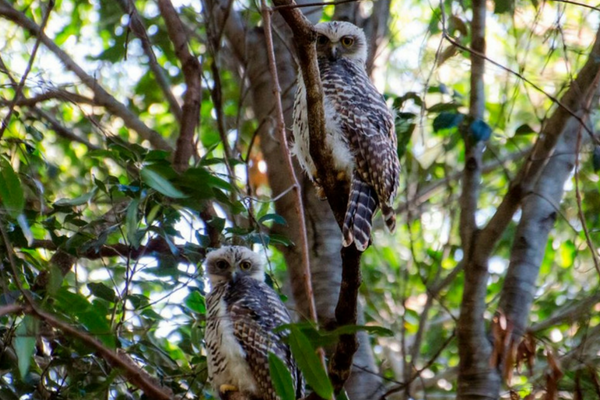 A petition created by Bayview residents opposed to the development attracted well over 32 thousand signatures. Locals also feared that if 4 storey apartments could be built in the middle of a high priority wildlife corridor, then there was nothing to stop similarly large scale lifestyle complexes being built on any ecologically sensitive land in the Northern Beaches.

Today Bayview is celebrating the Regional Panel's decision to reject the DA for SEPP Seniors housing that would have destroyed the High Priority Wildlife Corridor.

"This land is historic open space," said one of the organisers of the petition, John Graham Peterson. "It's recreational land and home to many threatened species. We would like to thank the EDO and the Powerful Owl Project for helping us stop this development."

To the South of Sydney near Jervis Bay National Park, another important win for local action groups capped the week as locals celebrated a successful effort to save Lake Wollumboola from a major development which included a golf course and multiple residential and industrial developments right next to rare riparian wetlands.

A popular spot for bird watchers, Lake Wollumboola is a shallow, brackish coastal lake known as an ICOLL, an intermittently closing and opening lake or lagoon. The lake cycles through high and low water levels depending on rain-fall, run off, openings and evaporation. 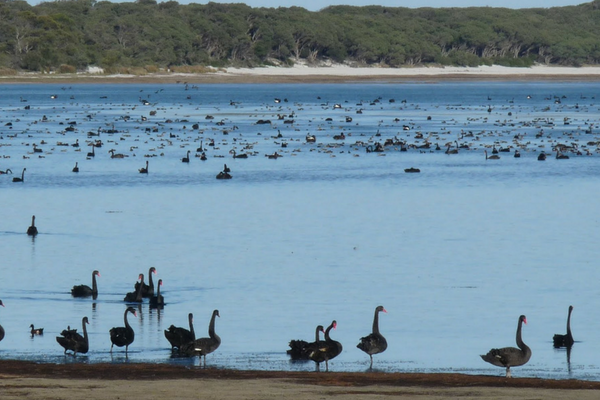 It's been estimated that over 104 bird species, including more than 20 NSW-listed threatened migratory species benefit from the lake and Crookhaven River. Some of these birds only visit Australia once a year, but the precious wetlands are vital to their migratory cycle.

Yet a "monstrous" development proposal including the West Culburra Development and Long Bow Point Golf Course could have introduced unacceptable levels of water pollution and increased traffic to the area, by covering nearly 100 hectares of land with 650 homes, 3.5 hectares of industrial development, tourist accommodation, cafes, restaurants, cycleways, picnic areas and a sports field.

The Lake Wollumboola Protection Association began fighting the proposal when it was first lodged in 2010.

“The main issues for us have been the impacts on the natural environment at Lake Wollumboola and Crookhaven River, which are both really natural sensitive environments with important wetlands,” said Ms Frances Bray, President of the Lake Wollumboola Protection Association.

In a resounding win for the community, the Department of Planning and Environment's recommendation to the Independent Planning Commission, IPC, has concluded the potential for significant adverse impacts on water quality, Aboriginal heritage, and the clearing of over 90 hectares of native vegetation could not be justified and would grievously harm the Crookhaven River estuary and the catchment of Lake Wollumboola, oyster aquaculture and protected wetlands.

“We’re not opposed to ecologically sustainable development in Culburra Beach," said Ms Bray, "but clearing on extensive coastal forest and wetlands for urban development would result in significant loss of threatened species’ habitat and environmental degradation."

"TEC has been pleased to work with many of these local groups to preserve the biodiversity and unique character of their areas," said Jeff Angel, director of the Total Environment Centre. "This isn't just a win for wildlife - it proves a determined community can get real results."

As the green policy recommendations state: "We need leaders that recognise a healthy, functioning environment is essential for the health and wellbeing of the people of NSW. We need to ensure short-term objectives of governments do not undermine the long-term need to conserve and enhance our natural environment and plan for a sustainable future."

Support TEC's work in communities like yours with our SOS Green Spaces campaign.

Read the Nature Conservation Council policy recommendations for the next election and beyond.