Sydney is becoming an urban planning disaster - virtually no new open space will be created to ameliorate the building of over 30,000 new homes in one of the biggest housing development programs in Sydney's inner West  – resulting in "major implications for present and future generations" says TEC's director, Jeff Angel.

The NSW government's plan, first outlined in 2015, is to rezone areas near railway stations along the Bankstown/Canterbury corridor to allow for much denser development Fairfax Media reported today. 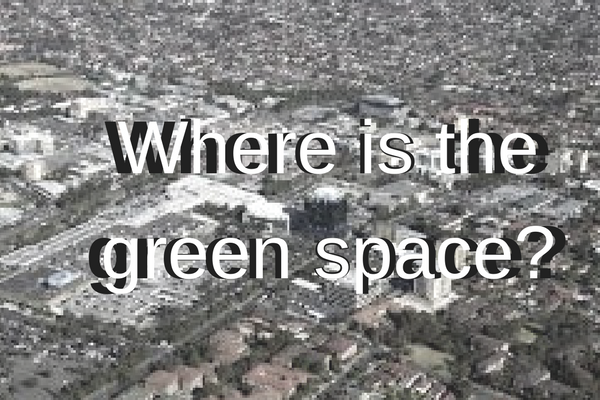 The Strategy will risks what Jeff Angel has called "a developer driven mess", and "marks a fundamental change in direction for this city and the lifestyle of its residents."

The government's decision to close consultation on September 3 for the plan to build these 35,000 new homes along the existing Bankstown train line, will effectively lock out the input of the newly elected councils for the Inner West Council and the City of Canterbury Bankstown. Elections will be held six days later to replace the administrators with councillors.

But the administrators have questioned whether the government is providing enough additional infrastructure to accommodate the large increase in population in the area.

"The plans indicate more than 30,000 dwellings are proposed to be built along the rail line, but the only new open space suggested is a linear cycle way," said City of Canterbury Bankstown administrator Richard Colley.

"Active and passive open space areas for a good deal of the corridor are undersupplied – even for our existing communities," he said.

"Regardless of how much the administrators and the planning department might try, they won't be able to achieve the necessary depth of consideration and representation that an elected council could do," Mr Angel warned today. "Without effective planning and community involvement we will see social and environmental infrastructure like green spaces, health and education not prioritised and the liveablity of the entire city will be compromised for decades."

"Carmageddon" has already been predicted for Sydney's West and South West, after the state roads agency's own modelling shows traffic on a heavily congested corridor south of Sydney's CBD will surge by at least 50 per cent within the next four years due in part to vehicles funnelled from the WestConnex motorway.

Acknowledging that WestConnex will partly cause the major increase, Roads and Maritime Services is also forecasting travel times along a 3.2-kilometre corridor stretching from Alexandria to Moore Park to blow out.

RMS has yet to put a price tag on road widening projects to ease the conjestion but the City of Sydney Council estimates it will be at least $1 billion, a figure not included in the $16.8 billion WestConnex budget.

It's yet another capitulation to cars over people.

On Monday night, COS Council endorsed a funded campaign to fight WestConnex, citing WestConnex as "a failed 1950’s solution for tackling congestion and the very opposite of what leading cities around the world are doing. It is also not the solution for helping people in western Sydney move around."

The business case makes clear that WestConnex will dramatically increase congestion, posing a serious risk to the future economic viability of our city.