TEC battled the big beverage corporations for over 15 years to get ten cent refunds introduced to NSW for discarded bottles and cans. Now Tasmania is coming on board!

Tasmanians could soon join most of the nation in establishing a Container Deposit Scheme to improve community recycling. 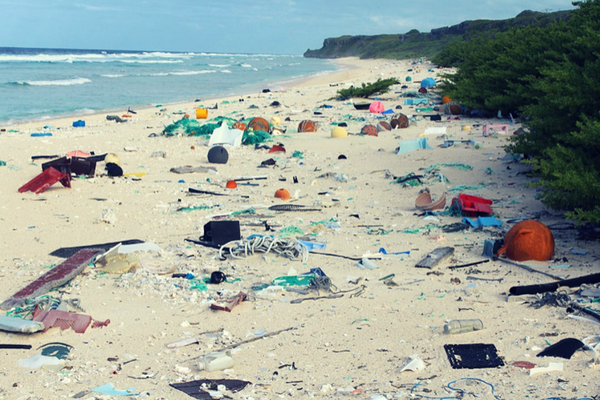 South Australia's charities and youth groups have raised millions of dollars with CDS recycling for over 40 years, so it's a wonder Australia's other states took so long to get with the program. It had everything to do with ideology and not much to do with finding effective solutions to a massive problem. The Northern Territory Government discovered how intimidating big corporations can be, but went ahead anyway. In Victoria, where the vast majority of the general public also want a CDS, the government is resisting.

Fortunately in NSW, with Jeff Angel and the Boomerang Alliance husbanding the popular push for CDS legislation, the state government was convinced to embrace CDS last year.

"We are very close to getting Australia-wide coverage," said Jeff Angel today.  "It leaves Victoria as the lone hold-out and TEC and the Boomerang Alliance are turning the heat onto this recalcitrant state, which has high volumes of drink container litter.  There's enormous public support in Victoria and as with our other successful campaigns, it's our job to turn that into a political decision.  Once this is achieved we would have reached an historic turning point in how we treat litter and recycling in Australia."

The Tasmanian Government has now allocated funding to investigate how a similar model could work.

Environment and Parks Minister Matthew Groom said the money would be used to determine what regulatory change was required and what roles industry, community groups and local government could play.

“We recognise that a well-designed Container Deposit Scheme has the potential to deliver significant positive outcomes for the community in dealing with the issue of litter and waste,” he said.

In 2013 a Local Government Association of Tasmania report found councils could save $1.3 million each year, through reduced kerbside collection and processing, if a Container Deposit Scheme was established.

“That advice and the report was provided to the then state government which commenced its own study in 2014,” association president Doug Chipman said.

That 2014 report, commissioned by the state’s Environmental Protection Agency, found a state-based container deposit scheme would reduce litter at an annual cost of about $4 million.

After the report, the introduction of a Container Deposit Scheme was rejected by the Hodgman Government due to its cost.

But the latest investigation into the viability of a paid recycling scheme has been welcomed by Mr Chipman.

“While some of the data and assumptions will need rechecking in relation to viability and impact, given time passed, we welcome the commitment of funds to further progress this work,” he said.

“This is intended to be progressed in collaboration with local government, to ensure the right model to deliver the best overall waste outcomes.

“We fully support this partnership.”

According to its EPA, South Australia leads the nation in the recovery, recycling and litter reduction of beverage containers, with an overall return rate of 76.5 per cent.

In 2015–2016, more than 582 million containers were recovered by collection depots for recycling, representing a $58 million refund to the community.

In January the Tasmania branch of Keep Australia Beautiful (which has funding links to the Coca Cola Foundation) raised questions about the viability of a Container Deposit Scheme and its effect on household recycling.