We are working with you to take the power back! Last night over 150 people attended the latest in our series of TEC Community Forums, which are designed to ensure Sydney siders have a say in the future of their suburbs.

Only by networking together we can stop the bulldozers, preserve the natural beauty and character of our suburbs, and influence the state government's planning for Greater Sydney, our public transport and our green spaces.

TEC's Forum last night in Leumeah was the first time the NSW Department of Planning has given local residents a chance to hear detailed explanations of how the department's Western Sydney Strategic Sustainability Plan will be created over the next 8 months.

TEC believes this Strategic plan could be the last chance to exert any influence on the future of Western Sydney bushland, and has been put in place, in part, as a response to mounting community resistance to hasty development expanding at the expense of the populations already in place.

The implementation of the Plan will seal the fate of the Campbeltown Koala population, and could alter the character of the area forever.

Here's a link to the live stream filmed last night for those who would like to listen carefully.

The Department claims however that its Plan to identify and protect strict like-for-like offsets and new conservation reserves in Western Sydney is the best way to ensure the survival of local wildlife. 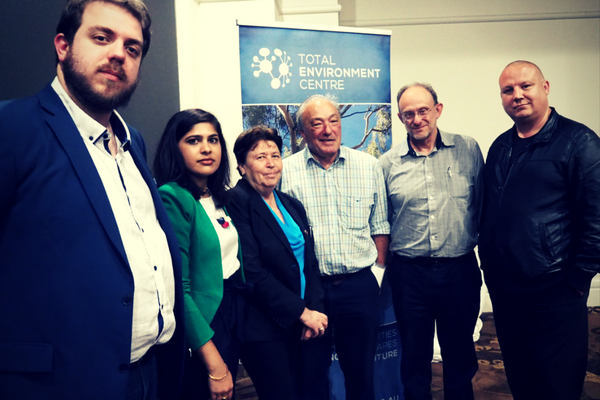 Last night, Nari Sahukar, Senior Solicitor Law Reform and Policy, Environmental Defender's Office NSW gave a presentation covering many aspects of the new tree clearing legislation introduced by the Berejiklian Government in August. Some of the issues which Sahukar referred to included the new Biocertification regime - including information about how private developers can now apply for Biocertification, which no longer requires projects to maintain or improve environmental outcomes, relying instead on a new Biocertification method and an "offsets payment calculator", which he described as "more flexible and potentially weaker conservation measures."

Wild life carers and scientists expressed concern about the offsets calculator and how "Like for Like" offset measures will affect ecological communities, vegetation types and habitat (for instance the destruction of hollow bearing trees in one area can be offset, or compensated for, by creating artificial hollows somewhere else).

“Elements of the Plan appear attractive but the use of offsets caused significant concern," said Jeff Angel, today. "There is deep community cynicism about the concept of offsets - whether these will be sufficient to guarantee the long-term survival of species such as the koala and whether the current Government can really guarantee that they will still be around in 20 or 30 years’ time.” 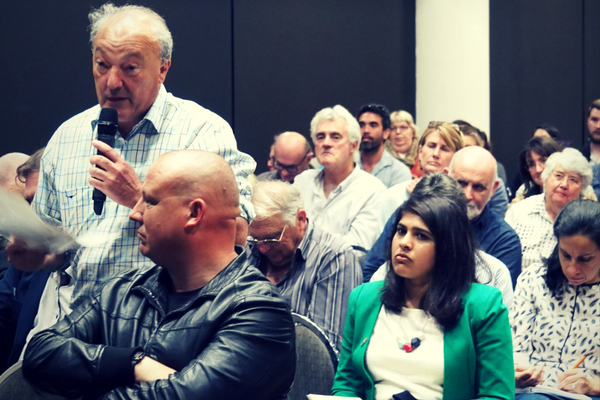 Jeff Angel made the point that “Planning Minister Anthony Roberts seems comfortable announcing housing targets but has been completely silent on his vision for the future of Western Sydney’s natural heritage."

“If the Government wants local communities to come on board with the level of development projected for Western Sydney, the Minister needs to start working hard to overcome the community cynicism that was evident last night. His first step should be to commit publicly to the long-term survival of Western Sydney’s threatened species,” concluded Mr Angel.

Over the past year TEC's SOS Green Spaces campaigner, Corinne Fisher, has delivered a series of information sessions like last night's Forum, on the environmental plan for Sydney, keeping green spaces, protecting and expanding tree cover and opposing priority precincts - with succinct yet rigorously researched presentations and campaign updates which have played to packed halls across Sydney.

Below are some images from the Priority Precincts Forum which was held at Parliament House in October and organised in conjunction with the Better Planning Network.

During the course of the evening Michael Daley pledged to "scrap" the priority precincts if labour wins the next election, a promise which was widely reported in the media the next day.

Greens MLC, David Shoebridge, said Sydneysiders "are sick of an undemocratic planning agenda, where entire suburbs are being bulldozed for high rise development without any of the infrastructure to match. Last night we heard the message loud and clear that It is time to return planning powers to councils and communities, and save Sydney from priority precincts!” 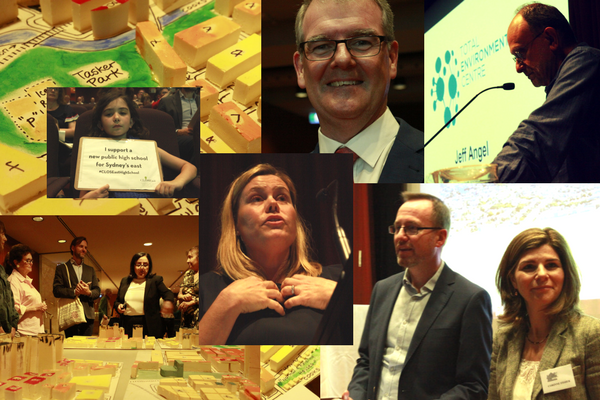 If you would like to join the SOS Green Spaces network, or simply become better informed, keep an eye on the next forums we have planned in Sydney's North and South. Be empowered. Be prepared to have your say.