Trees can boost your home's value by tens of thousands of dollars, according to new research.  It's another reason why we need TEC's SOS Green Spaces campaign.  Sign the Petition 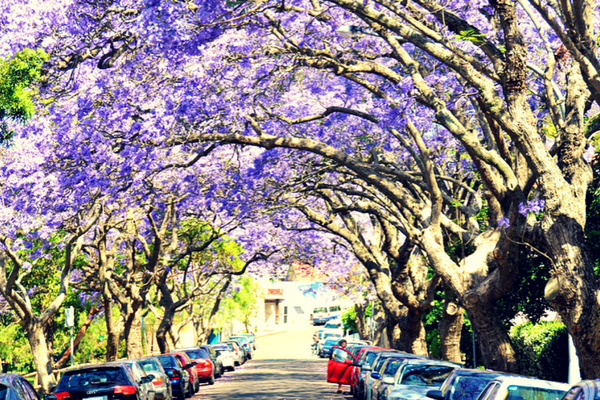 It's a fact that lush urban tree canopies improve property values, which just goes to show how dire the situation is for inner city streets and our western suburbs which have far fewer trees, and also face rising temperatures with increased health impacts from "heat island effect".

TEC is working behind the scenes to ensure the Greater Sydney Commission's Draft District Plans for a "Green Grid" manifest where tree canopy is needed most. This means the Gladys Berejiklian Government must listen to the community, town planners, landscape architects, sustainable builders and local councils to create a liveable city.

The company found that houses on streets with 10 percentage points more tree coverage were worth an average of $50,000 more than houses on less leafy streets in the same suburb.

The biggest difference was in Annandale, where the average canopy coverage is about 25 per cent: houses in streets with 35 per cent tree coverage were worth $61,000 more.

In Blacktown, where average canopy coverage is just 11 per cent, an increase to 21 per cent translated to a $55,000 increase in property value.

And in Willoughby, where the tree coverage is 28 per cent, trees provided less of a price uplift of $33,000 when the tree canopy was boosted to 38 per cent, according to the Green Infrastructure report – possibly because Willoughby is already quite leafy, so there is less relative impact from enhanced tree coverage.

"Obviously there's a huge amount of things that do impact land and property value," said the report's co-author, Roger Swinbourne "But this was really saying, 'let's stand back and see if there is a positive trend between where canopy cover exists and land values'."

Local governments are becoming more conscious of the benefits of street trees, as research finds tree canopy in the urban environment has important cooling and air filtering effects, as well as amenity, he said.

But Mr Swinbourne pointed out that street trees have real costs as well, largely borne by councils and utilities such as Ausgrid, which spends $43 million a year managing trees to keep power lines intact.

The City of Sydney, which is proactively planting more trees toward a target of 27 per cent canopy coverage by 2050, spends $5 million a year.

"One of the key findings in the report is that there's a real disconnect between the owners of the cost and the owners of the value of street trees," Mr Swinbourne said. "All the value is to the broader community and all the costs and risks to extent are borne by the agencies - utilities, councils."

He said there is still a significant net benefit to the community of enhancing street tree coverage.

"There needs to be more of a shared value approach to account for those benefits and offset those risks."

The Greater Sydney Commission's Draft District Plans for the future development of metropolitan Sydney refer to the importance of creating a "green grid" overlaying the city as the urban heat effects of climate change become more pronounced.

But it has been criticised by environmental groups for not backing the green rhetoric with concrete actions to boost tree canopy and other green infrastructure.