Fearing a fresh assault on the Eastern Suburbs' tree canopy, over 100 residents of Bundock, Sturt, Avoca Streets and other nearby areas in Randwick were moved to gather last weekend despite a heat wave and desiccating wind.

Multiple concerns were expressed at the community gathering on Sunday 2nd December, as to the "Concept Plans" for a new Cycle Way for Randwick - including misgivings about the design and route, and the removal of 129 on-street parking spaces and 37 trees. 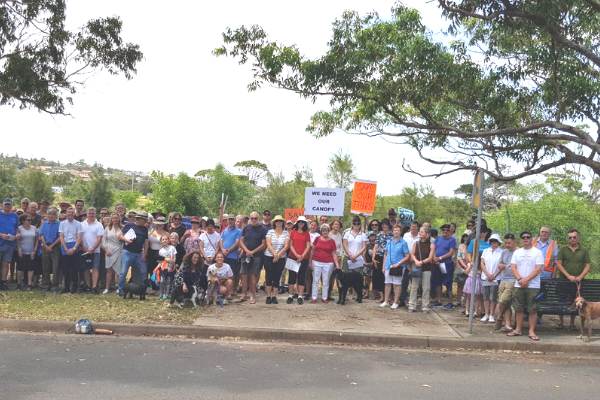 The design concept was on public exhibition from 29 October to 23 November 2018 and proposed the building of a separated cycleway from the Kingsford light rail terminal, across Anzac Parade, along Sturt Street, crossing Avoca Street and along Bundock Street ending at Malabar Road at South Coogee.

The 1.9km route is part of the Council’s adopted Cycle Strategy and will link another planned cycleway along Doncaster Ave between Kingsford and Centennial Park.

At the meeting, residents aired many questions concerning cyclist and resident safety, loss of amenity, the proposal for three new sets of traffic lights, and the removal of parking and trees.

"We all know what a terrible price was paid for the Light Rail in trees, costs and time blowouts," said Hennessy. "Randwick Council is a partner in that development and this cycleway is a spin-off project."

She emphasized the need for an arboricultural assessment to be undertaken by Randwick Council to decide which trees need to be retained and to ensure they are all protected by designing the cycle way concept around them.

"To paraphrase the cycleway concept plan ‘Some of the trees along this alignment are in the way of the cycleway design and therefore will need to be removed if the cycleway is to proceed’," she said.

Residents were unanimous in their belief that referring to the trees lining Bundock Street as "in the way" is a gross misrepresentation of the value of the trees, and the cost to community of removing them. 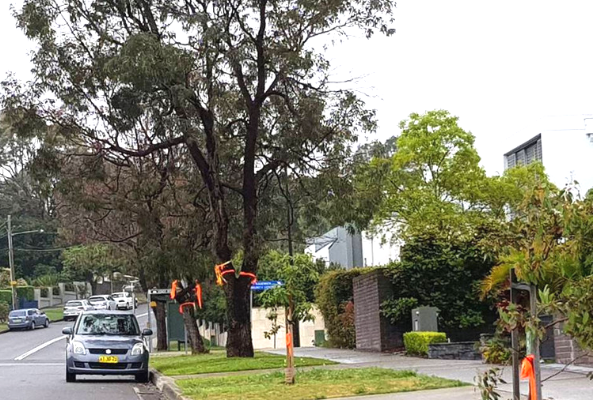 Although the planting of 60 saplings has been incorporated into the various options put forward by council, these cannot replace the ecosystem services of the well developed canopy provided by mature trees, even if the majority survive for another 20 to 30 years which is considered unlikely.

The wisdom of the design and route proposed for the cycleway was further called into question given it avoids major hubs in the area, including the Spot, runs up and down steep hills which are anathema to cyclists and could have been avoided, and ends at a Light Rail station. Another 5 minutes of cycling would bring a commuter right into the city near Central via tree lined Moore Park and Surry Hills, but parking a bike at a light rail station would add half an hour to the trip including locking the bike, and waiting for the next train.

Bronwyn Delaney, a regular cyclist and resident of Sturt Street, who spoke about her concerns for the added traffic congestion that will result form extra sets of traffic lights, told TEC that those who have studied the route of the cycleway feel "we are not confident this Cycle Way has been designed with the needs of cyclists in mind! People cycle to get from A to B, not to funnel traffic onto the light rail.

"To think we could lose a beautiful dappled boulevarde to build a cycle way no-one will want to use has aroused passions we have not seen in my street before," said Delaney.

Comparisons were made by some to the controversial Tibby Cotter Bridge which was built to connect Moore Park to the Sydney Show ground and sports stadiums at a cost of $38 million. It was pronounced a "transport dud" by Greens MLC Mehreen Faruqi, when the figures showed that almost no one uses it, a fact predicted by multiple critics of the bridge before its construction was pushed through. 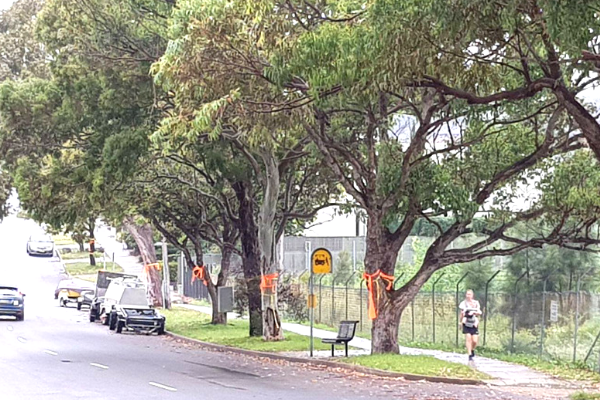 Ms Hennessey called for an audit of Canopy Coverage and individual trees numbers to take place across the Randwick LGA. She noted that Sydney’s average coverage was 36 percent in 2014, with Randwick council counting canopy coverage of just 12.5%, the second lowest for Sydney’s local government areas. Since this time large projects have scarred and destroyed green space, and mature trees have been mowed down without any analysis of the cost to the community of removing those trees.

Saving Sydneys Trees called on Council to: commit to best practice in urban forest management; adopt an Urban Forest Strategy that increases canopy coverage to 40% by 2040, in line with leading councils; resource the plan so it can be achieved; report the value of our Urban Forest in all Council budgets, project costings and asset registers.